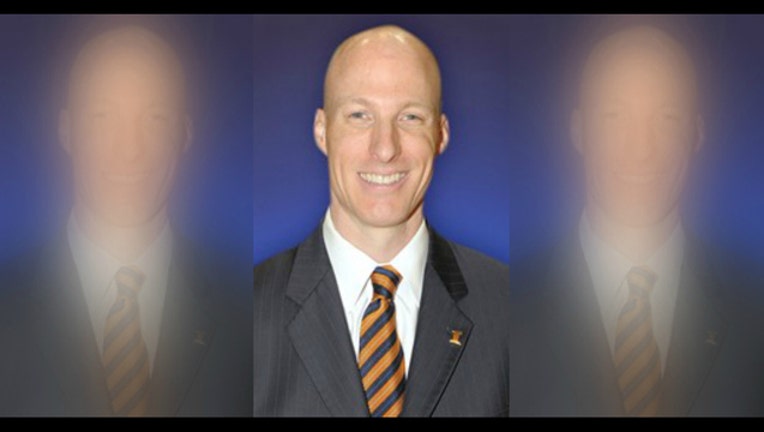 University of Illinois athletic director Josh Whitman gave basketball coach John Groce a public assurance that he still has a job on Thursday, the second from the new AD in less than a month.

Whitman first said Groce would keep his job March 5, just after the team ended a losing season, its third straight without an NCAA Tournament appearance. Since then, two of Groce's players have pleaded not guilty to domestic violence charges, running the tally of Illinois players jailed since last summer to four.

Groce nonetheless remains the man to turn around the troubled Illini basketball program due to his great energy, vision and care for his players, Whitman said at a news conference.

"I disagree that if any of these allegations are proven true that that necessarily requires that John no longer be our men's basketball coach," Whitman said. "There are times to make changes ... and there are times like now to get down and get to work and to build something that we all can be proud of."

Jaylon Tate, Kendrick Nunn and Leron Black are all suspended from the basketball team pending the outcome of their cases, which neither Whitman nor Groce would discuss Thursday. Both, however, said they take the allegations against the players seriously.

Groce said he and his staff constantly talk to their players about the consequences of their actions off the court, even before this month's arrests. He said that sort of player education will grow through bringing in outside speakers and perhaps other things.

It's not a problematic locker-room culture, he said, and believes his players listen to the messages about their actions.

In his 19 days on the job, Whitman has already fired football coach Bill Cubit and hired a replacement, former NFL coach Lovie Smith.

Darius Paul, the younger brother of Illinois standout Brandon Paul, was kicked off the team following his arrest in France last August during a team trip.