Amanda Gorman is the youngest inaugural poet in recent memory. Her inaugural poem is called The Hill We Climb.

Three COVID-19 "community heroes" will take the field as honorary captains during the Super Bowl LV coin toss on February 7, but not before getting a poetic introduction.

The NFL has asked Amanda Gorman, the young poet laureate who gained further notoriety for her poem during President Joe Biden’s inauguration, to compose a poem in their honor.

In a post published to her Facebook page, Gorman shared her excitement to be part of one of the most viewed televised sporting events in America.

"I can’t wait for the world to hear the stories of these inspiring people making a difference in trying times. I also wanted to be the first to say that while it’s easy to say that this opportunity must’ve came from my inauguration fame, I’ve actually been talking with the Super Bowl team for weeks now, far prior to the invite to and announcement of my participation in the inauguration," Gorman wrote. "After all that hard work and the weeks of writing, I’m so ready for the ode to these three warriors to kick off the Super Bowl."

The three honorary captains are being recognized for stepping up in their areas throughout the pandemic. They are Trimaine Davis, a teacher from California; Suzie Dorner, a nurse from Florida; and James Martin, a veteran from Pennsylvania.

"We are honored to recognize these three individuals who represent the best in all of us," NFL Commissioner Roger Goodell said. "During this incredibly challenging time in our lives, Trimaine, Suzie, and James have exemplified the essence of leadership, each in their own way. We are grateful for their commitment and proud to share their stories and recognize them during this special moment on Super Bowl Sunday."

The trio will take the field for the coin toss, minutes before the Kansas City Chiefs defend their title against the Tampa Bay Buccaneers.

Davis is an educator from Los Angeles. Throughout the pandemic, he worked to provide his students and their households with digital devices and internet access.

He secured hotspots, laptops and tablets for students while hosting tech workshops for families, ensuring they knew how to work the device.

"I don’t even know what to say. Super Bowl, Super Bowl," Davis said in disbelief when Angela LaChica broke the news of his selection.

Dorner, a nurse manager at Tampa General Hospital, lost two grandparents to the COVID-19 pandemic. She represents the thousands of healthcare workers who’ve fought to bring the pandemic to an end.

"It's been my first year as a nurse manager too," she said. "It's been very hard to lead the team through this pandemic."

Martin is a Marine Corps Veteran from Pittsburgh. During the pandemic, he connected more than 1,800 veterans, and their families through the Wounded Warrior Project using its livestreaming and video game events.

He live-streamed every Aliquippa High School home game so families could cheer on their favorite player from the safety of home.

Pittsburgh Steelers legend Jerome Bettis informed Martin he'd be going to Tampa over a video call. Martin took a moment to gather himself before saying he was "deeply honored."

"If there’s anything I’ve learned in this life — it’s much like the team — the team represents the city, you put it on your back," Martin said. "So, I do the same thing for my family and it just keeps paying itself forward. 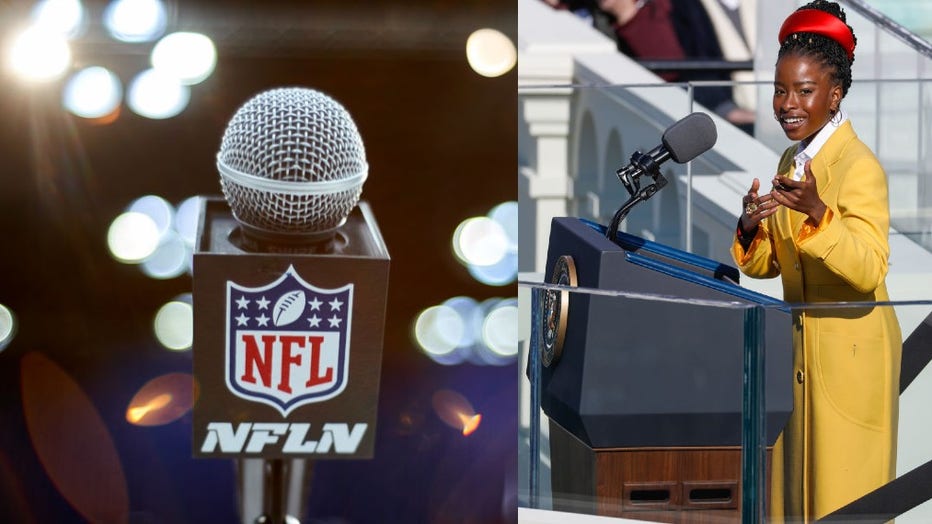 Gorman, who is the youngest presidential inaugural poet in U.S. history, will read her original poem before the three honorary captains are honored.

Her reading will air nationally on CBS and be featured in-stadium.