Hamlin was released from hospital on Jan. 11.

Supporters of a new plan to subsidize a proposed Arlington Heights stadium for the Chicago Bears are drawing up a play that is so far missing a quarterback in Springfield.

The Chicago Bears season is over, but another member of the Fields family is throwing their hat in the ring — the wrestling ring that is.

The Detroit Lions announced on Thursday that 25-year-old Jessie Lemonier, a linebacker who played for the team as recently as 2021, has died.

Hamlin, 24, has not been seen in public since the Bills and Bengals last met on Jan. 2 in a game that came to an abrupt halt.

Damar Hamlin still requires oxygen and is having his heart monitored regularly to ensure there are no setbacks or after-effects, a family spokesperson said.

Kevin Warren is ready to tackle a new challenge as president and CEO of the Chicago Bears, and he has a big one on his hands leading the founding NFL franchise.

There was speculation the Bills safety might attend the wild-card playoff home game Sunday, but Damar Hamlin tweeted that he's continuing to recover at home.

Hillis, 36, was reportedly at a beach in Pensacola, Florida when he saved his two children from drowning.

The Chicago Bears are expected to make Big Ten commissioner Kevin Warren their new president and CEO, according to a new report.

"We have completed a series of tests and evaluations... we are confident that Damar can be safely discharged to continue his rehabilitation at home and with the Bills," a statement reads in part.

Chicago Bears general manager Ryan Poles said he expects Justin Fields to be the team’s starting quarterback next season and just about slammed the door on drafting one with the No. 1 overall pick.

Brian Urlacher claims he's being portrayed in a "false light" by a Houston hair transplant company and says the ads have "damaged his reputation." 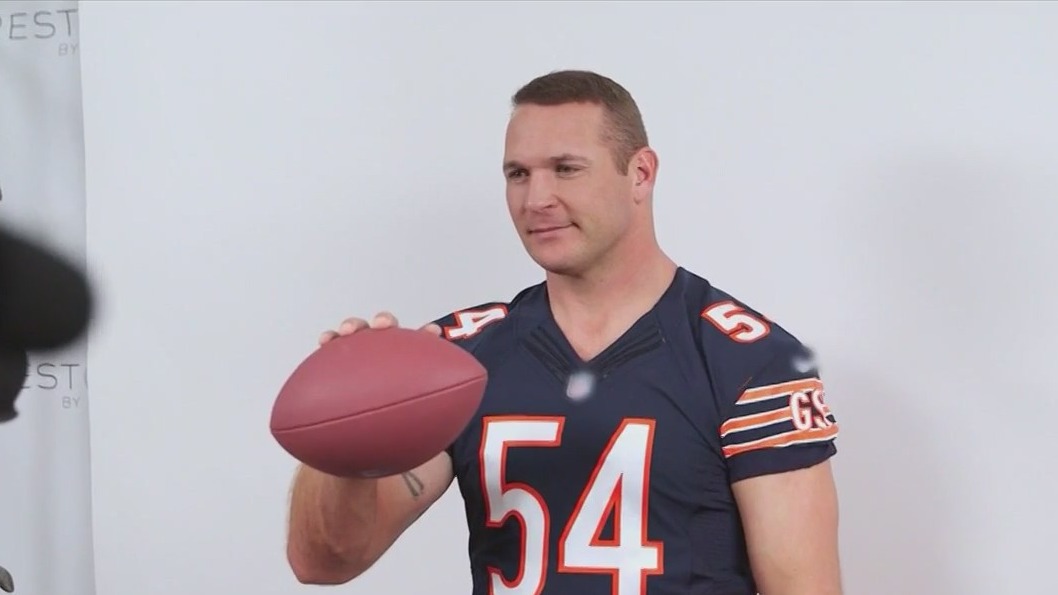 Brian Urlacher is suing Houston Hair Transplant Center for using his likeness to promote its business, according to the complaint filed by the former Chicago Bear.

Hillis, 36, was reportedly at a beach in Pensacola, Florida when he rescued two of his children from drowning on Wednesday.

Doctors who treated Damar Hamlin said the Bills safety was back in Buffalo on Monday, an uplifting sign of the remarkable progress he has made a week after going into cardiac arrest and having to be resuscitated on the field during a game in Cincinnati.