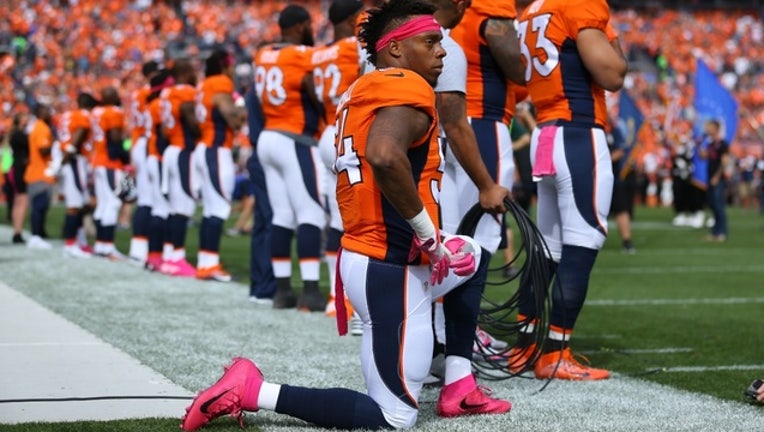 Inside linebacker Brandon Marshall #54 of the Denver Broncos on a knee during the National Anthem of the game against the Atlanta Falcons at Sports Authority Field at Mile High on October 9, 2016 in Denver. (Photo by Justin Edmonds/Getty Images)

(TMZ.com) - Mike Ditka's not lightening up on NFL players who don't stand for the national anthem, unless calling them disrespectful troublemakers nobody will remember is considered lightening up.

TMZ asked Ditka how he feels about anthem protests on the 16th anniversary of 9/11.

Ditka conceded players have the right to do what they want to do but thinks 9/11 is different and believes most will stand for Old Glory.

As for the "malcontents," Ditka says just let them be and move on -- they'll be forgotten.

He's come a long way since wanting to kick them out of the country.