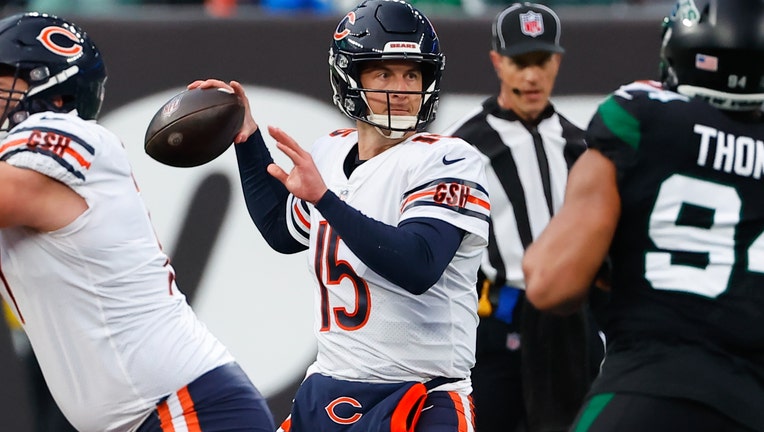 EAST RUTHERFORD, NJ - NOVEMBER 27: Chicago Bears quarterback Trevor Siemian (15) drops back to pass during the first quarter of the National Football League game between the New York Jets and the Chicago Bears on November 27, 2022 at MetLife Stadium

White started for the benched Zach Wilson and the Jets rolled up a season-high 466 yards.

He's the fifth player in NFL history to have multiple games with 300 yards passing and three TD passes within his first four career starts.

Bears starting quarterback Justin Fields was ruled out 90 minutes before kickoff after being listed as questionable with an injured left shoulder. Trevor Siemian started in his place.