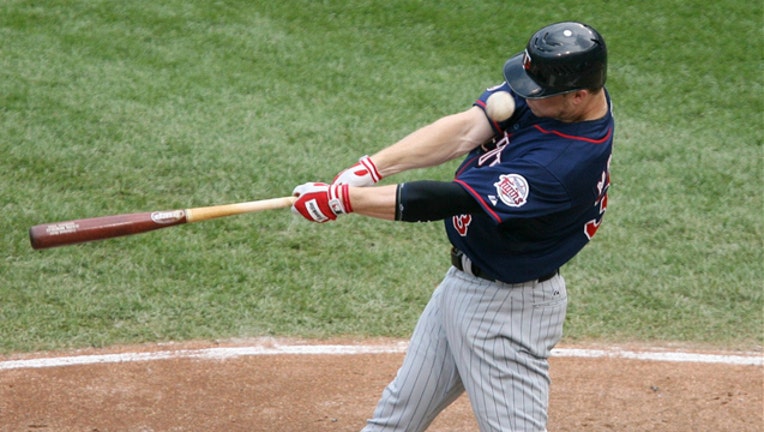 Chicago placed Morneau on the 15-day disabled list after he agreed to a $1 million, one-year deal, which gives him a prorated base salary of $633,800. He can as much as $2.5 million more in performance bonuses based on up to 400 plate appearances.

The 35-year-old is a four-time All-Star and a former AL MVP, but he remained unsigned after December surgery on his left elbow.

Morneau, who said it hurt every time he swung last season in Colorado, expects to be ready sometime after the All-Star break.

"When I picked up a bat again, it felt better than it did at any point last year," Morneau said. "I think I can do this again and I want to do this again."

The White Sox have been searching for a lefty hitter in what manager Robin Ventura called a right-handed heavy lineup. Chicago ranked 22nd in the majors with a .242 average.

Chicago selected the contract of right-hander Tyler Danish from Double-A Birmingham to fill the roster spot of Latos. Danish will work out of the bullpen.

Latos was 4-0 with a 0.74 ERA after his first four starts as the White Sox raced to a 23-10 record. But Latos had a 7.25 ERA over his last seven starts, and the White Sox had dropped 20 of 26 games before facing Washington on Thursday night.

Chicago has 10 days to trade him or release him.

The struggles have renewed questions about Ventura's job security, something GM Rick Hahn was asked about.

"I don't think you've ever see me telegraph any move or comment on any individual player, or anybody in uniform, a scout or anybody like that," Hahn said.

Latos, signed to a $3 million, one-year deal in February, gave up six runs and five hits in 4 1/3 innings in a 10-5 loss to Washington on Tuesday in a performance he called "pathetic." His future in the rotation was uncertain after the White Sox acquired James Shields last weekend.

Right-hander Miguel Gonzalez will move into the No. 5 rotation spot.

"Gonzalez probably gives us the best chance to win right there," Hahn said. "Mat obviously got off to a very fine start after struggling in the spring. Over the last six, maybe seven starts we started to see a little bit more that was similar to March."

Latos was 6-2 with a 4.62 ERA in 11 starts. He's the second starting pitcher to be cut this season after the club released John Danks last month.

Morneau won the 2014 NL batting title when he hit .319 for Colorado. He was the MVP in 2006 with Minnesota when the Twins fought the White Sox for supremacy in the AL Central.

"If you told me a few years this is where I'd end up or have an opportunity to play, I don't know if I would have believed you," Morneau said. "But I'm thankful for it now."

Morneau hit .310 in only 49 games with the Rockies last season. He's had concussion issues and has been slow to recover from surgery to repair the primary flexor in his elbow.

"I'll be able to DH and help out wherever I can," Morneau said. "I think the situation worked out well."