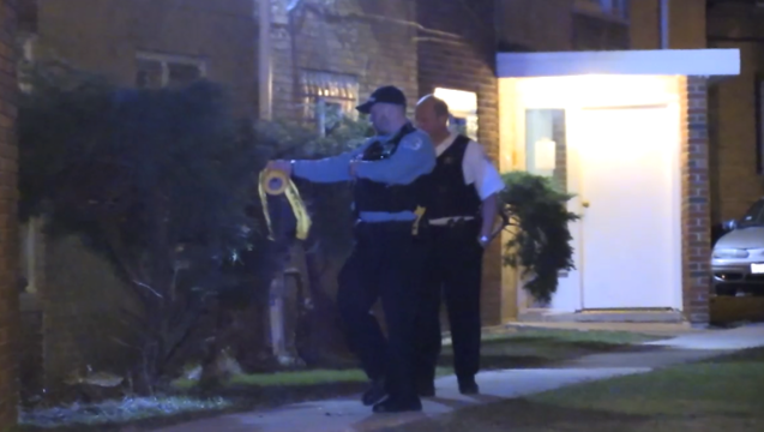 A 44-year-old man was shot early Monday in the Burnside neighborhood on the South Side. | Network Video Productions

CHICAGO (Sun-Times Media Wire) - One man was killed and at least 22 other people were wounded in shootings on Chicago’s South and West sides between Friday night and Monday morning.

The weekend’s only fatal shooting happened Saturday afternoon in the West Side Austin neighborhood. Officers responded at 12:23 p.m. to a call of a person lying face down in a vacant lot in the 5400 block of West Ohio. Antoine D. Watkins, 22, was dead at the scene, according to Chicago Police and the Cook County medical examiner’s office. He lived about a block away. An autopsy Sunday found Watkins died of multiple gunshot wounds and his death was ruled a homicide, but it was not known when the shooting happened.

The latest nonfatal shooting happened shortly after 2 a.m. Monday in the Burnside neighborhood on the South Side. A 44-year-old man was involved in an altercation with a female in the 9100 block of South Cottage Grove Avenue when she pulled out a gun and shot him, police said. He suffered gunshot wounds to the left cheek and abdomen and was taken to Christ Medical Center in Oak Lawn, where his condition was stabilized.

Less than 5 minutes earlier, two men were wounded in an East Garfield Park neighborhood shooting on the West Side. The men, ages 27 and 30, were driving north about 2 a.m. in the 400 block of North Sacramento when a black vehicle pulled alongside and someone inside fired shots, police said. The younger man was shot in the forehead and the older man suffered a graze wound to the left shoulder,. They drove to Norwegian American Hospital, where both of their conditions were stabilized.

At least 19 other people were shot in Chicago between 9 p.m. Friday and 11 p.m. Sunday.

Last weekend, four men were killed and 10 other people were wounded in shootings across the city. More than 500 people have been shot in Chicago so far in 2017.