OAKLAND, Calif. - To commemorate the 75th anniversary of World War II ending, a veteran on Wednesday led a lengthy car caravan with a police escort along the Bay Area's coast.

Grand Marshall Sidney Walton, a 101-year-old WWII veteran, was out in front of 101 vehicles that traveked 101 miles at 101 km/hr along U.S. Highway 101 from San Jose to Sausalito to mark the historic date.

They made a stop at San Francisco City Hall before continuing across the Golden Gate Bridge to City Hall in Sausalito. 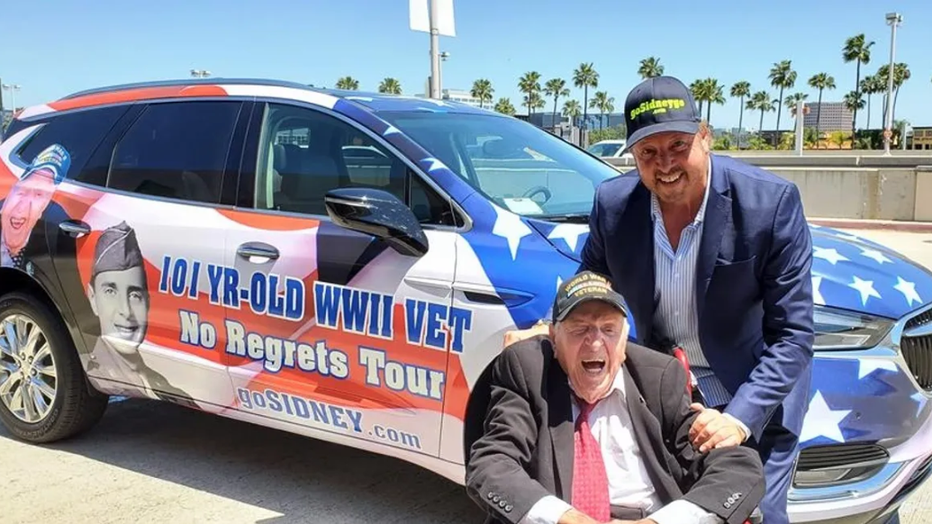 Walton, of San Diego, is one of America's oldest WWII vets, organizers said in a statement. He was honored at this past Super Bowl during the coin toss and he's on a national "No Regrets Tour", visiting all 50 to states and meeting all 50 governors in an effort to raise awareness on the declining number of WWII vets.