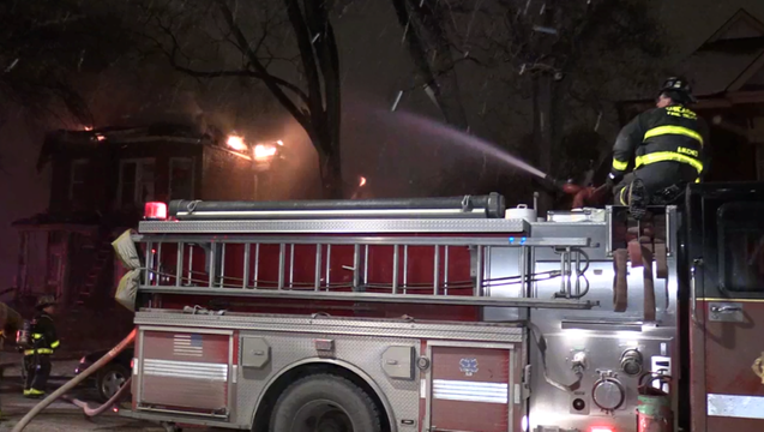 A dozen people were displaced after a fire Friday morning in the 5600 block of South Peoria. | NVP News

CHICAGO (Sun-Times Media Wire) - A dozen people were displaced Friday after an early morning house fire in the Englewood neighborhood on the South Side.

The two-story, brick building was reported on fire at 3:07 a.m. in the 5600 block of South Peoria, according to Fire Media Affairs. It was extinguished at 4:02 a.m. No one was hurt.

Six adults and six children were displaced by the fire, the fire department said.