CHICAGO - When two gunmen opened fire near 16th and South Homan Sunday afternoon, one man who has lived in the North Lawndale neighborhood for 50 years, said he thought he was going to die.

Martin Elmore said he was right there when two guys got out of a burgundy colored SUV around 3:30 Sunday afternoon and opened fire, striking a 13-year-old girl.

“I was giving a guy a light off a cigarette and one guy took off and when I looked his direction to see where he was running, I turned in the other direction and I just saw the fire coming out the gun,” said Elmore.

Neighbor talks about how scary it was when girl was shot

Neighbor talks about how scary it was when girl was shot

Less than an hour after the shooting, Chicago police were going door to door, hoping neighbors who were home when it happened, could move the investigation forward. Who the gunmen meant to shoot remains unclear, but the young teen standing on the sidewalk was hit twice in the stomach.

“I just saw the fire come out the gun and I just turned around and I hit the deck. He had let off about six to seven shots before I was able to really react to what was going on,” said Elmore.

Elmore was taking cover and didn’t see the teen get shot, an indication of how far these stray bullets may have traveled. When the shots stopped, Elmore said he ran home.

“I know, I went in the house and I said a prayer,” said Elmore.

The place where she was shot is about a mile from the spot where a 7-year-old trick-or-treater was shot last week. 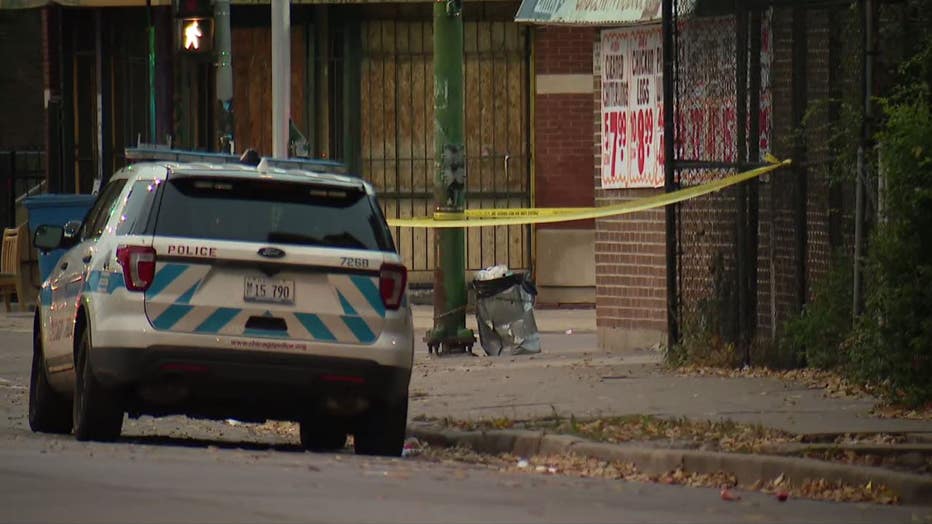