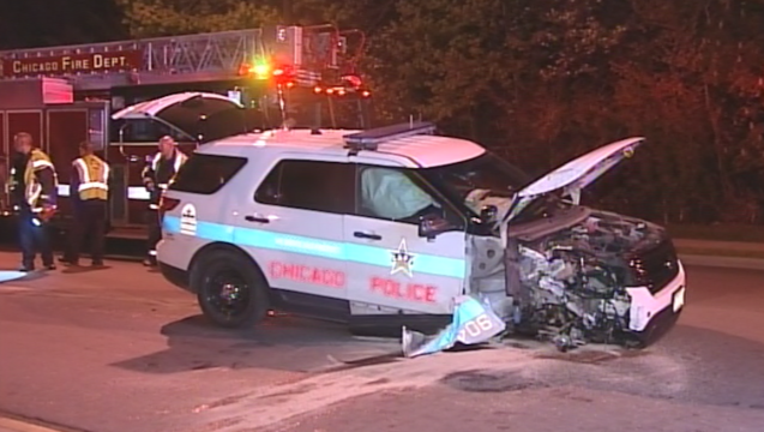 CHICAGO (Sun-Times Media Wire) - Two Chicago Police officers were injured in a crash early Sunday in the North Park neighborhood on the Northwest Side.

The officers’ squad car struck a tree about 1:40 a.m. in the 4000 block of West Thorndale, according to preliminary information from Chicago Police.

They were taken to hospitals with non-life-threatening injuries, police said. Additional information was not immediately available.