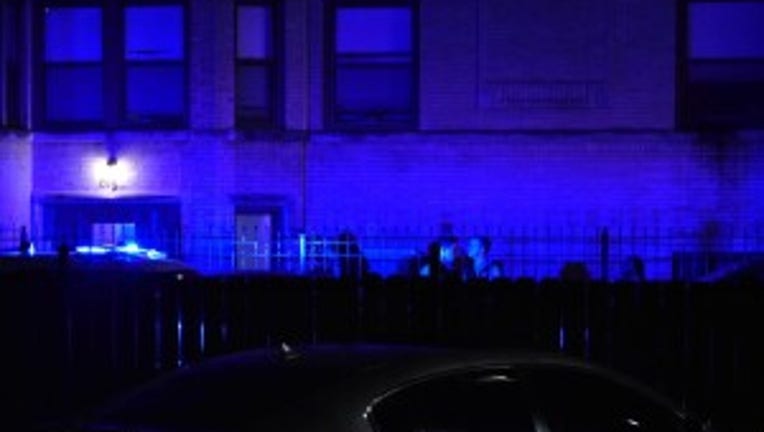 Chicago police officers stand by the scene where multiple people were shot Sept. 12, 2020, in the 100 block of North Pine Avenue. | Carly Behm/Sun-Times

CHICAGO - Two people were killed and four others, including a suspect, were wounded in a shooting Saturday in Austin on the West Side.

A male suspect fired the first shots when an argument broke out at a party just after 2 a.m. in the 100 block of North Pine Avenue, leading another person to return fire, Chicago police said.

The male who fired the first shots was taken to Stroger Hospital with a gunshot wound to his abdomen, police said.

Another male victim was struck in the thigh and taken to Loyola University Medical Center in good condition, police said.

A crowd gathered outside the scene while police investigated and a gunshot victims was seen lying in an alley before being taken away by an ambulance.

A weapon was recovered on the scene, according to a police source. Area Four detectives are investigating.