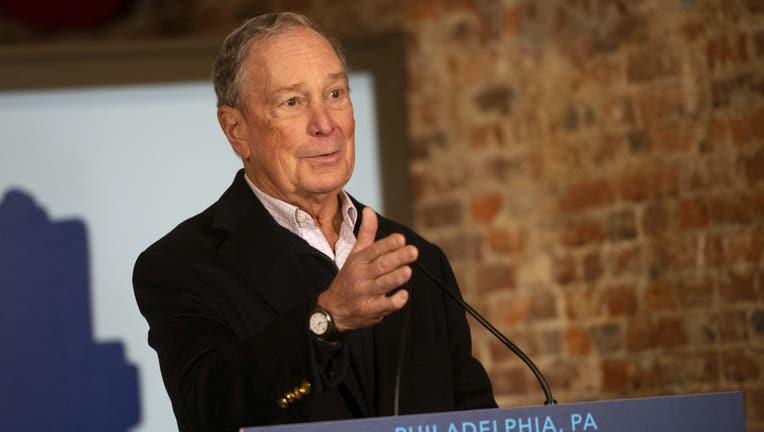 The billionaire former New York City mayor planned to discuss his prescriptions for the nation’s economy during a Wednesday tour across three Midwestern states, featuring stops on the South Side of Chicago, rural Minnesota and Akron, Ohio.

While Bloomberg’s team declined to release many details, the plan calls for raising the federal minimum wage to $15 per hour, sending hundreds of thousands of American workers into apprenticeship programs and ensuring collective bargaining rights for all workers. Bloomberg would also make “major new investments in research and development” directly to local municipalities and put a special focus on improving access to technology in rural communities.

“The reason I’m releasing this plan is one of the reasons I’m in the race: I know that our economy is working fine for people like me — and people like Donald Trump. But it is badly broken for the vast majority of Americans,” said Bloomberg, whose net worth is estimated at roughly $50 billion.

“Too much wealth is in too few hands, and it’s concentrated in too few places,” he added. “There are a handful of big cities that have boomed. But a lot of the country is stagnating.”

Bloomberg did not release the cost of the plan on Wednesday. Nor did his team outline its expectation for the expected impact on job growth and the broader economy. He did not address Trump’s tariffs or taxes, although an adviser said the Democratic candidate would release those details in the coming weeks.

There were no measurable goals in the plan to address income inequality. An adviser said that improving income inequality was “an organizing principle” of Bloomberg’s plans for the economy and other policy areas.

There was a particular focus on education and training, which Bloomberg said he’d make the top priority of his vice president.

Apprenticeships, in which students earn pay and academic credit for on-the-job learning, would play a central role. Bloomberg’s plan calls for 1 million students to earn apprenticeship degrees by 2030.

Having joined the presidential race just six weeks ago, Bloomberg is the last major candidate to release an economic plan. And his is the least detailed to date, although his advisers indicate he’ll be releasing more details in the coming weeks.

Bloomberg’s travel schedule on Wednesday underscored the unusual path to the presidency he’s trying to carve. He is bypassing the first four states on the primary calendar — Iowa, New Hampshire, Nevada and South Carolina — and devoting the bulk of his time and attention to the many states that hold their primary contests in March.

Those include the three states he’s visiting, which he has bombarded with political advertisements in recent weeks.

The 77-year-old Bloomberg is trying to stand out as one of the few candidates with experience in government and business in the Democratic field. He employs thousands today through his media company and nonprofit organizations.

“I know a lot of candidates say they’re going to create good jobs. But for me, creating good jobs is not something I just talk about. It’s something I’ve spent my whole career doing,” he said. “Others shake their fists and point to scapegoats and make promises that they can’t deliver on. I think we’ve had enough of that.”