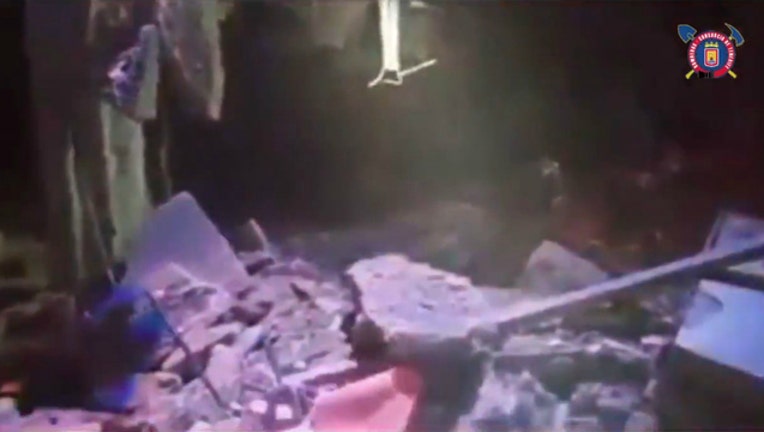 MADRID (AP) -- Spanish authorities say that 22 people were hurt on the island of Tenerife when the floor of a night club collapsed and sent the revelers plunging into the basement.

Emergency services for the Canary Islands say that the people fell "about one story" into the basement early Sunday after a hole of approximately four square meters (43 square foot) opened in the floor.

Emergency services say that two of those hurt suffered serious injuries including broken legs and ankles.

Known for its warm climate and beaches, Tenerife is a popular holiday destination for many European tourists. Along with Spaniards, authorities say that the injured include two Frenchmen, a Belgian woman and a Romanian man.