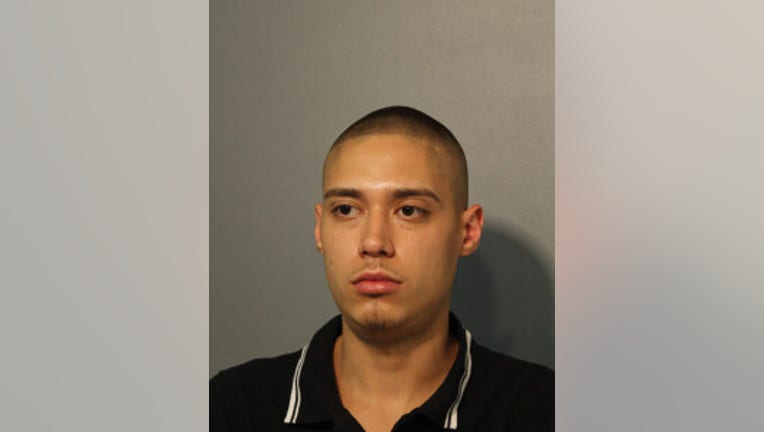 RIVERSIDE, Ill. - A 23-year-old man allegedly broke into a Riverside home in 2019 and severely beat a man over owed drug money before dumping him on the Southwest Side of Chicago, according to police.

Joshua Noah and two other armed men broke into a single-family home Jan. 25, 2019, and pistol-whipped the man’s mother before threatening the family, Riverside police chief Tom Weitzel said in a statement.

“Stay out of this or we’ll kill your son,” the trio allegedly said during the early morning home invasion in the 200 block of West Quincy, according to Weitzel.

They grabbed the man, then 20 years old, and beat him severely before dumping him in an alley in the 4300 block of West 47th Street in Archer Heights, Weitzel said.

Noah, of Berwyn, was arrested Wednesday while appearing in court for misdemeanor gun charge, according to Weitzel. In that case, Noah allegedly shot and killed someone in Berwyn during a dispute at a car repair shop on Ogden Avenue, Weitzel said.

“I know these types of crimes can be very traumatic to the victims and I hope they can take some comfort in knowing one suspect has been arrested and held accountable,” Weitzel said in the release.

Noah appeared for a bail hearing Thursday on a felony count of home invasion with a firearm, according to court records.

A judge ordered him held on $150,000 bail, with electronic home monitoring as a condition of bail.