Two women and one man have been arrested and charged for allegedly attacking, beating and strangling an Aurora police officer during a traffic stop Monday night.

AURORA, Ill. - Two women and one man have been arrested and charged for allegedly attacking, beating and strangling an Aurora police officer during a traffic stop Monday night.

Jennifer Taylor, 24, of Chicago, Sheba Taylor, 26, of Aurora, Paul Sherrod, 28, of Aurora were each charged with five felonies, including three counts of aggravated battery and resisting or obstructing a Police Officer Causing Injury, Aurora police said in a statement.

"I am at a loss of words when an officer is physically attacked from something that would have been a simple traffic ticket," Chief Kristen Ziman said. "We will not allow our city to become a place where criminals feel emboldened, and lawlessness ensues."

About 10:30 p.m., police say an officer saw a vehicle roll through a stop sign near the intersection of Plum Street and Randall Road. The suspects' vehicle then pulled into a driveway located in the 600 block of North Elmwood Drive and began yelling obscenities at the officer, according to police. 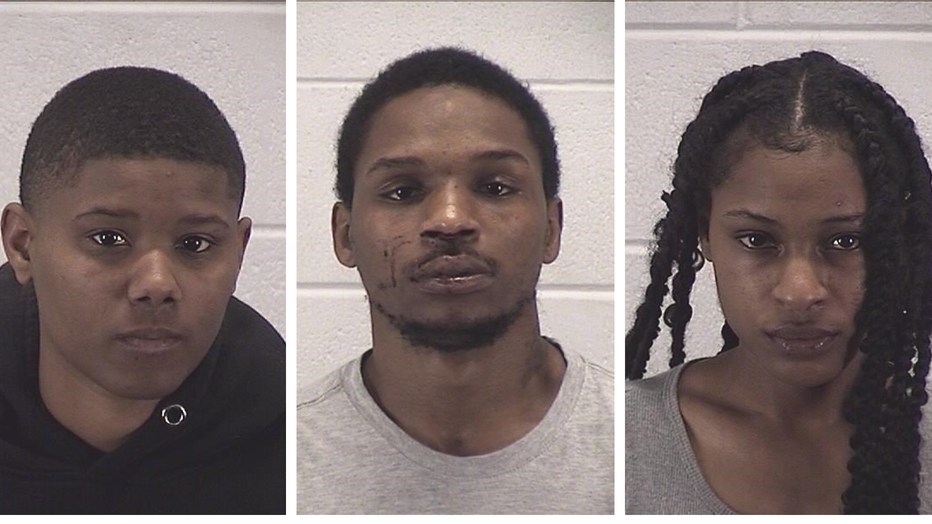 The officer was struck repeatedly in the head and body and was then strangled by a female passenger, police said.

A short time later, additional officers arrived and placed the subjects into custody.

Yasmin Perez, the woman who was dragged from her car, beaten and shot after a minor traffic accident in Chicago, has died.