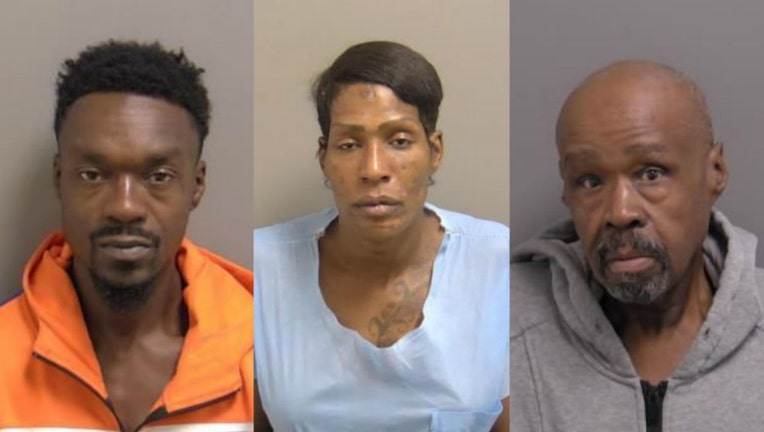 Andre Pittman, 44, and 37-year-old Joshua Hollins are each charged with one count of burglary, Orland Park police said.

The alleged getaway driver, 66-year-old Thomas Banks, is charged with driving with a suspended license, operating an uninsured vehicle and battery, police said.

Pittman and Hollins, of Chicago, allegedly walked into the store about 10:50 a.m. at 7170 W. 159th St. and Hollins began talking to an employee about upgrading a phone plan, police said.

Pittman roamed the store and, while Hollins distracted the employee, took cash from a secure cabinet, police said. The employee figured out the scheme and confronted the pair as they were leaving the store, recovering the cash.

The employee followed Pittman and Hollins as they got into a car driven by Banks, also of Chicago, police said. Banks struck the employee, who was taking a picture of the car, while speeding away.

Officers later arrested the trio at a traffic stop in the 15400 block of South La Grange Road, police said. A fourth person in the car was taken into custody but released without charges.

During a search, several IDs and credit cards in other people’s names were found on Pittman, police said. Investigators learned that several of them were taken in vehicle burglary several days earlier in Chicago.

As a result, Pittman was charged with a felony count of possession of another’s debit card, police said.

Banks was released from custody and is expected to appear in court Oct. 30. Pittman and Hollins were ordered held on $10,000 and $20,000 bail respectively. They are due back in court Oct. 20.