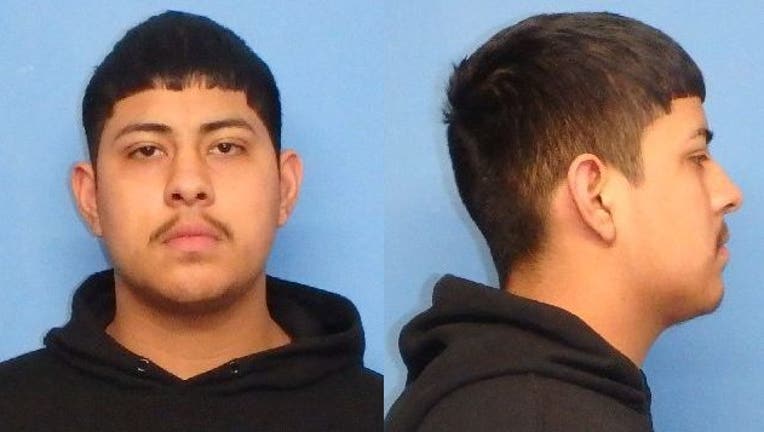 WAUKEGAN, i - Three men are facing charges after accidentally shooting a passenger riding in a vehicle with them in north suburban Waukegan.

Marc Sanchez, 20, Zachary Zavala, 21, and 18-year-old Diego Sanchez are each charged with one count of aggravated discharge of a firearm, according to Waukegan police.

Diego Sanchez was also charged with two counts of aggravated unlawful use of a weapon, police said. Diego Sanchez and Marc Sanchez are not related.

The trio were in a black Toyota Corolla with a 19-year-old man about 8 p.m. in the area of Jackson Street and Grove Avenue, police said.

They pulled out guns and opened fire at another vehicle, accidentally striking the 19-year-old in the arm and chest, police said. Diego Sanchez took him to a hospital, where he was treated and released.

Diego Sanchez  was arrested at the hospital, while Marc Sanchez and Zavala were taken into custody in Wisconsin Feb. 29, police said.

Marc Sanchez, of Wauconda, was also wanted on a separate warrant for aggravated battery with a firearm and domestic battery in connection with a March 9, 2019, incident in which he allegedly shot a relative in the leg during an argument, police said.

Diego Sanchez, of Wauconda, is being held at the Lake County Jail on $500,000 bail and is  scheduled to appear in court Tuesday, police said.

Marc Sanchez and Zachary Zavala, of Waukegan, are each being held at the Racine County Jail on $1 million bail, and will be transferred to Lake County, police said.

The man who suffered the gunshot wound is not facing charges at this time, police said.