CALUMET CITY, Ill. - Three men from the Chicago area were indicted on federal firearm violations after a shootout erupted between them in a suburban store parking lot, officials said.

The indictment accuses Hayes and Williams of each firing multiple rounds at Daniels in the store parking lot in Calumet City, wounding Daniels and another person that Daniels was with.

Daniels then pulled a gun from his waistband and fired multiple rounds at Hayes and Williams as they fled the scene, according to the indictment. One of Daniels’ shots struck an innocent bystander who was driving near the store. 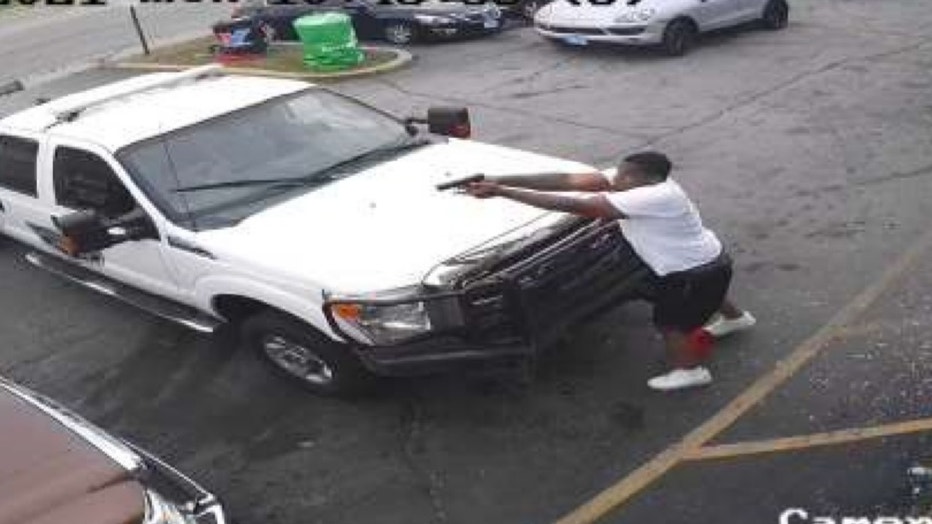 Three days after the shooting, police officers conducted a court-approved search of Hayes’ home and found eight firearms. Among the weapons seized were the handguns that Hayes and Williams used to shoot Daniels and the person he was with, according to the indictment.

Hayes of Dolton, Williams of Chicago, and Daniels of Chicago have each been charged with illegal possession of a firearm as previously convicted felons. All three are being held in custody.

In addition, Hayes is charged with multiple counts of illegal possession of machine guns.

Daniels was scheduled to appear for a detention hearing Wednesday afternoon.

Hayes and Williams’ federal court hearings have not yet been scheduled.