CHICAGO - A teenage boy was among three people shot Monday afternoon on Chicago's West Side.

Around 12:40 p.m., police say three males were standing near the street in the 3900 block of West Thomas Street in the Humboldt Park neighborhood when an unknown vehicle approached.

Two people inside the vehicle got out, pulled out guns and opened fire, police said.

The 16-year-old was struck multiple times in the body, according to police. He was taken to an area hospital in critical condition, police radio transmissions indicted.

Shortly after the shooting, officers could be seen placing dozens of evidence markers on the ground near shell casings.

No offenders are in custody, as the Chicago Police Department continues to investigate. 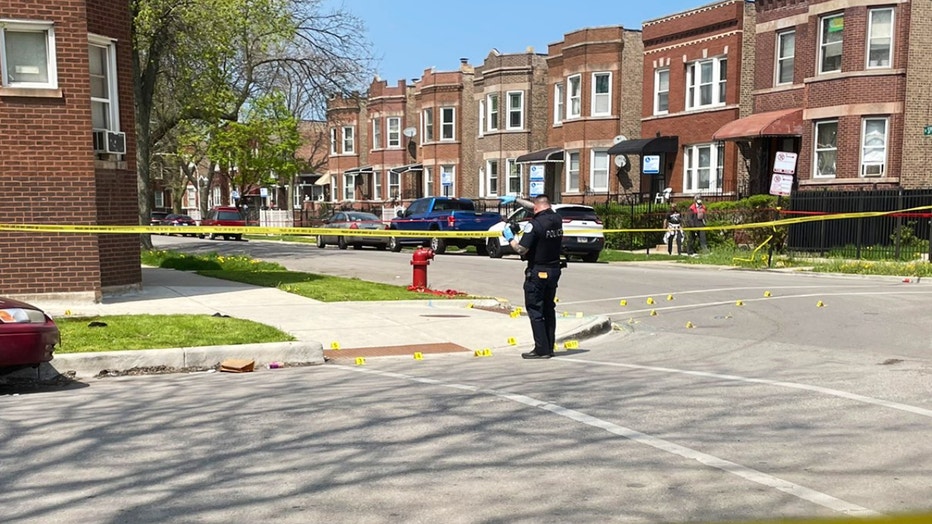 The shooting happened in the 11th police district, which covers parts of Humboldt Park, and East and West Garfield Park. Shootings in the district are down 21% over last year, from 95 to 75 through May 1, according to police statistics. But murders are up 6% over the same period, from 16 to 17.