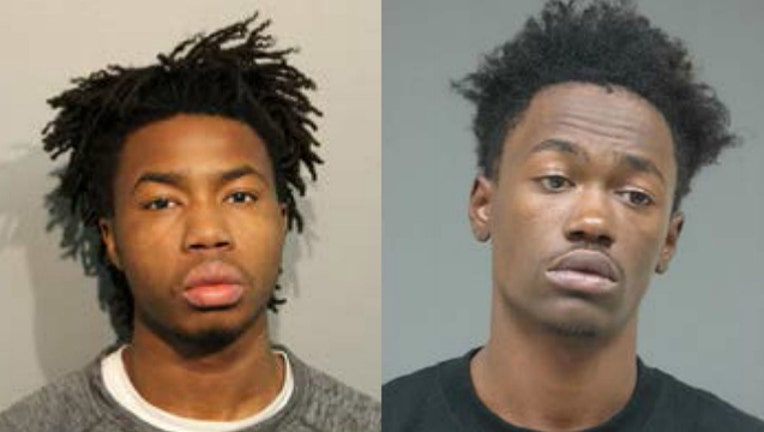 SUN-TIMES MEDIA WIRE - A father and son were robbed at gunpoint in front of their north suburban home Sunday afternoon, but police were able to apprehend four suspects just minutes later.

The four suspects, two men and two boys, all from Chicago, were charged Monday with one count each of armed robbery, according to Lincolnwood police.

The village president said it is part of a growing problem of crime “seeping” into Lincolnwood from other places, including Chicago.

Officers were called about 5:15 p.m. to a report of an armed robbery in the 6600 block of North Drake Avenue, according to police.

A 60-year-old man and his 27-year-old son were in the street in front of their home, getting into their vehicle when the four suspects drove up, police said.

Three of them got out of the vehicle wearing masked, and one pulled out a handgun and demanded the victims’ wallets and cell phones, police said.

A witness saw the robbery in progress and called 911. Officers responded within a few minutes and found the suspects driving away. Their car was stopped and the officers saw the stolen wallet and the materials used to mask their faces, police said.

The discarded handgun was also found with other evidence in a nearby garbage can, police said, as well as the victims’ cell phones, which had been thrown in some bushes.

The suspects were later positively identified by the victims, and were taken into custody, police said.

The victims were not physically injured, but were referred to a police social worker for victim assistance resources, police said.

Charged with armed robbery were 21-year-old Ibrahim Lissa of the 6500 block of North Mozart; and 20-year-old Stephon D. Pugh of the 3700 block of West Wilson. They are scheduled to appear in bond court Tuesday in Skokie.

The juveniles were taken to the Cook County Juvenile Detention Center and will be petitioned to juvenile court for armed robbery, police said.

Police said the victims were specifically targeted. “Statements supplied by the offenders in this case confirm this was an isolated crime of opportunity, which targeted the first two people the offenders found,” a statement from police said.

Village President Barry Bass, in an open letter to residents, called it “a dangerous and horrific situation.

“Unfortunately, many of our surrounding communities are encountering an uptick in this type of activity which has seeped over the borders from Chicago and other areas into Lincolnwood,” he wrote.

He said he is no stranger to crime.

“I have been on the front lines, proactive and very vocal about public safety. I was also a victim of an armed assault last February, in front of my home, ironically within two blocks of this recent incident. No one should ever have to experience a situation like this,” Barry wrote.

Police said this was only the second such armed robbery in the village this year. But they encourage residents to stay alert, be vigilant of strangers and their surroundings, and report suspicious activity.

Patrols will be increased in the area, but police said they are “confident these offenders pose no further danger.”