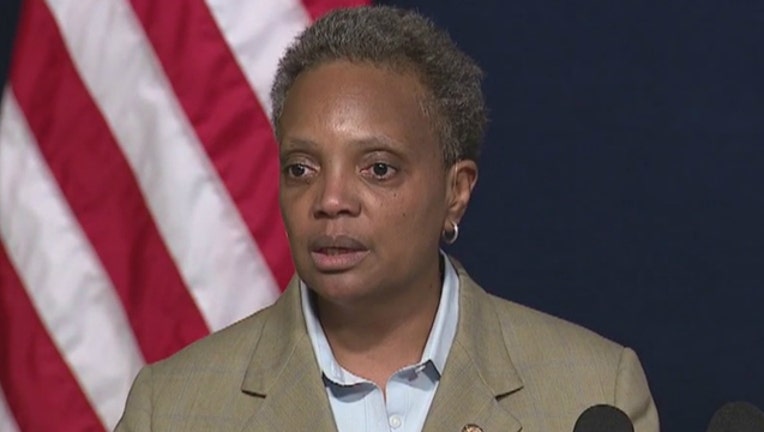 CHICAGO (FOX 32) - Following a violent weekend on the streets of Chicago in which 57 people were shot, police on Monday shared something positive.

The city is reportedly at a four-year low in shootings, when looking at the months of January through June.

Police give credit, in part, to their gun recovery efforts. In the first half of the year, CPD took 5,200 guns off the streets.

"We're not going to make substantial change in the trajectory of violence in the city," said Mayor Lightfoot. "I understand that, and we are working hard every day to come up with a very detailed plan and I've described it before to give people hope and really focus on economical development."

The mayor and superintendent Eddie Johnson took time on this accountability Monday to look ahead to the holiday week. In preparation for it, the mayor said focus would be directed at parties that spill out into the street.

The superintendent said they'll also be policing the high crime, and downtown areas.

"I would encourage everyone anywhere in the city to enjoy yourselves, celebrate responsibly, but at the end of the day, whether it's downtown, Navy Pier, or in the outlying neighborhoods, if you misbehave, and you commit criminal activities, you're going to be held accountable by the Chicago Police Department," said Chicago Police Supt. Eddie Johnson.