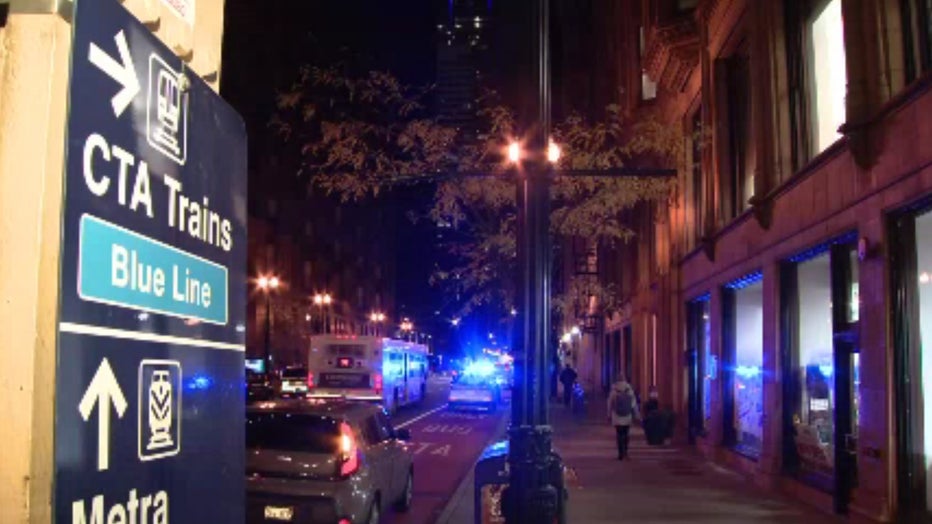 A CTA passenger was stabbed multiple times, and a police officer was injured, in an attack on a CTA platform on Sunday.

The attack happened at the CTA platform along Dearborn near Van Buren in the Loop around 5:45 p.m.

The attacker got into a fight with the 44-year-old victim on a Blue Line train, then dragged that victim off and stabbed him multiple times.

Chicago police responded, and the attacker grabbed a blunt object and hit the officer in the back.