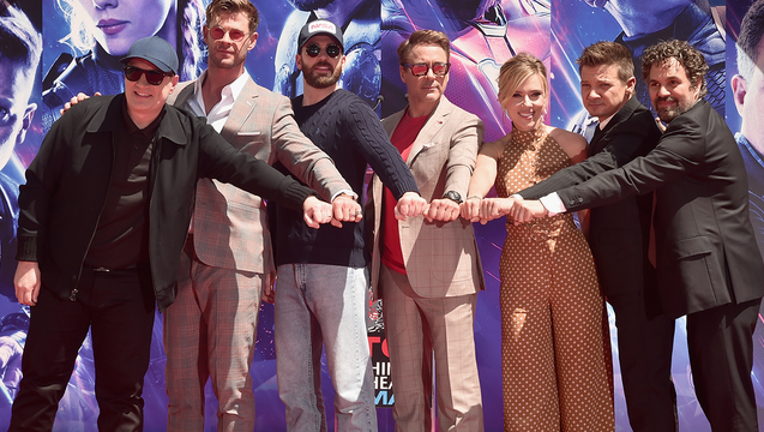 Marvel Studios' "Avengers: Endgame" stars at the Hand And Footprint Ceremony at the TCL Chinese Theatre on April 23, 2019 in Hollywood, California. (Photo by Alberto E. Rodriguez/Getty Images for Disney)

The Marvel Studios superhero blockbuster far exceeded even its own gargantuan expectations. The movie's domestic haul blew past the previous record of $257.7 million, set last year by "Avengers: Infinity War."

"Endgame" was just as enormous overseas. Worldwide, it obliterated the previous record of $640.5 million, also set by "Infinity War."

To accommodate demand, the Walt Disney Co. released "Endgame" in more theaters than any opening before. Advance ticketing services set new records. And some theaters even stayed open 72 hours straight.