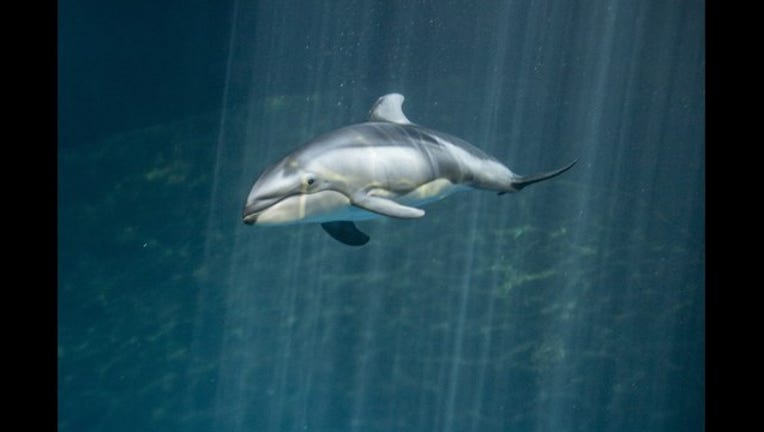 A 6-week-old baby dolphin met the public Saturday at the Shedd Aquarium.

The male Pacific white-sided calf was born June 1 to mother Piquet and spent about six weeks bonding with her and “achieving critical milestones,” according to the Shedd. He’s steadily gained weight, now weighing 40 pounds.

Animal-care experts there say the calf shows healthy nursing habits and has even begun to show interest in consuming whole fish. He is also swimming on his own more often and adjusting to new areas of the Abbott Oceanarium.

The calf appears to have made a friend after having a “successful first meeting” with Kri, a female Pacific white-sided dolphin.

The calf, Piquet’s second, can be viewed in the Secluded Bay area at the aquarium, where it’s on view Saturday until 6 p.m.