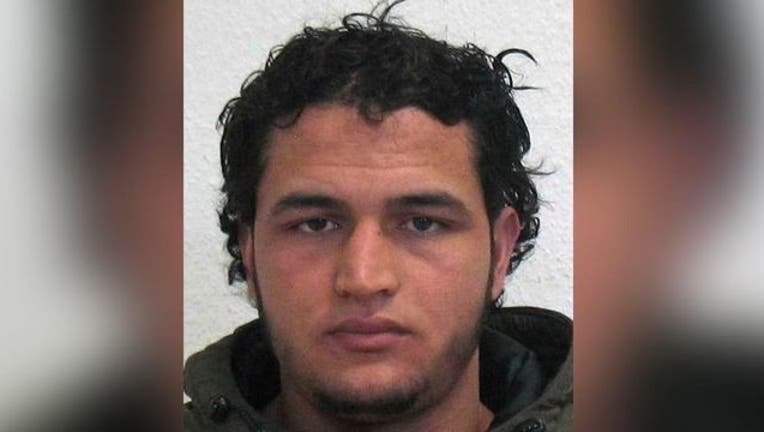 (FOX NEWS) - A man killed in a shootout with Italian police in Milan early Friday is reportedly the main suspect in Berlin truck attack on a Christmas market that killed 12 people and injured 56.

During a press conference the Italian interior minister said the man is "without a shadow of doubt" the Berlin market attacker.

The shootout with suspect Anis Amri took place at 3 a.m. in a Milan neighborhood during a routine police check.

He reportedly pulled a gun from his backpack after being asked to show his identity papers and was killed in the ensuing shootout.

A police officer was injured.

Italian interior minister said the two police officers who stopped Amri "have done an extraordinary service to the community."

An Italian news agency reported that authorites were able to positively identify Amri from his physical appearance and fingerprints.

The attack was claimed by the Islamic State group.

A European-wide wanted notice had been issued for Amri on Wednesday. German authorities had offered a reward of $105,000 for information leading to Amri's arrest, but warned he could be "violent and armed."

Authorities say Amri has used at least six different names and three nationalities in his travels around Europe.

Amri left Tunisia in the wake of the 2011 Arab Spring uprisings and initially had spent some time in Italy.

He was repeatedly transferred among Sicilian prisons for bad conduct, with prison records saying he bullied inmates and tried to spark insurrections. Italy had reportedly detected no signs of his radicalization.