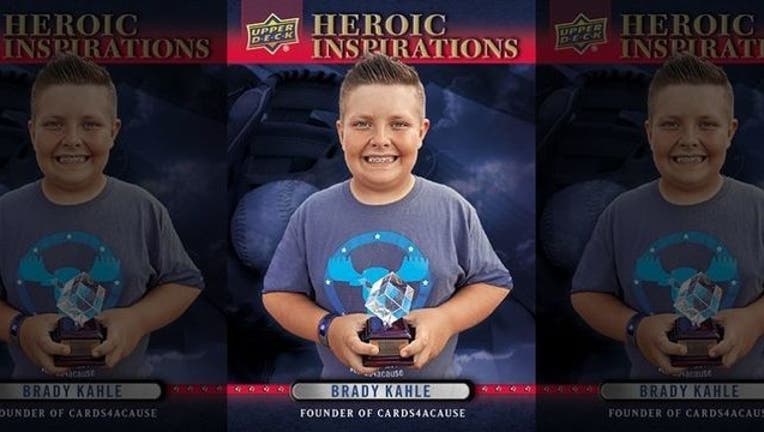 FOX NEWS - Since he was 3 years old, Brady Kahle has collected baseball cards. Then, after two of his friends were diagnosed with cancer, Kahle started selling off his collection to raise money for their support.

“I just had a lot of baseball cards and I wanted to help them out,” the Springfield, Massachusetts, boy told the news station.