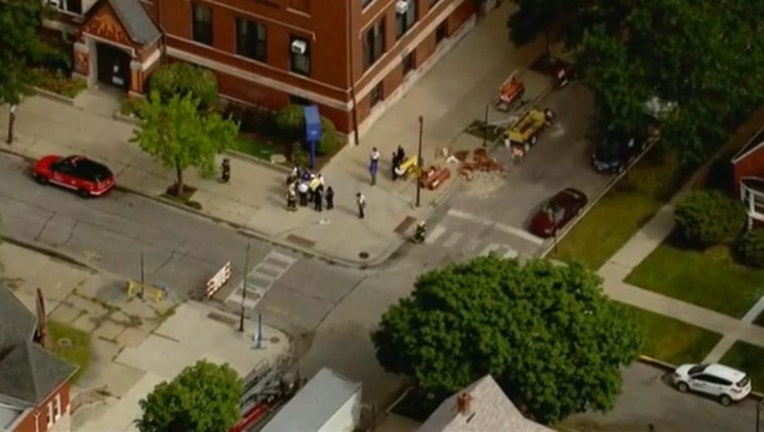 Peoples Gas crews responded to the scene and the leak was stopped by about 10:45 a.m., according to fire officials. No injuries were reported.

Some nearby homes were evacuated as a precaution and children at a nearby Burnside Scholastic Academy, 650 E. 91st Place, were temporarily told to shelter in place while crews worked to stop the leak, the fire department said.