CHICAGO - A grieving mother is asking for help in tracking down the people who shot and killed her daughter.

The innocent teen was fatally shot after sneaking out of her parent's home and riding in a car through a gang-infested block.

She thought her daughter was sleeping. She didn't know her teen had plans to go to a party. By the time she realized she was gone, police were already at her door giving her the terrible news.

For Nilda Zuber, every day feels like a bad dream.

“Horrible. Every day. I wake up and you don't hear anything. I don't get a call. I have to go to work. Take my son to school. Every day it's the same thing. Every morning, I know she's gone. I wish I could go back in time and change things,” Zuber said.

She remembers the evening three years ago, when her daughter Naome Zuber said “goodnight” and went to bed. Only, she really didn't. Instead, the 17-year-old snuck out through her bedroom window and got into a car with friends. That car, minutes later, would be shot up just after midnight and Naome's killing would lead police back to the Zuber home. 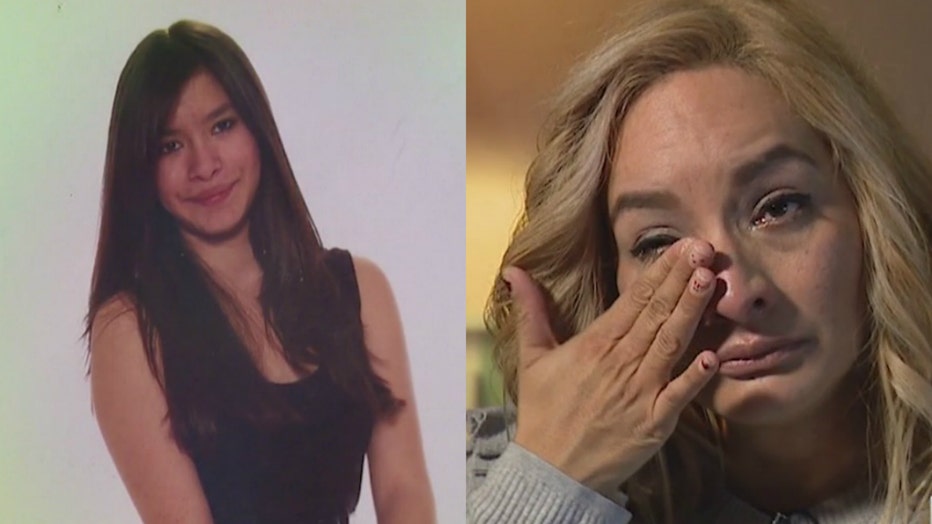 Naome died from a gunshot wound to the head. The bullet came from a high-powered rifle used by a gunman who is still free to this day.

“So all of this area right here is controlled by one gang. And this gang, their tool, their weapon of choice is rifles. We had a problem a couple of years back where they were just using rifles on a daily basis to commit murders and shootings,” said Detective Dan Gorman.

Gorman says whoever shot up the car near 45th and Wood in the Back of the Yards neighborhood was standing on the east side of the street, right by a large speed bump.

“Shell casings are right here on the street, right by the speed hump. There's broken glass. Broken automotive glass right here that tells me this is the point of impact. The broken glass is to the rear of the vehicle,” Gorman said.

The detective learned that Naome and her three friends had planned on going to a party. They never made it. Instead, the teens were ambushed by a gang they had no beef with. He says that the moment their back window shattered, there was chaos in the car.

“Remind you, we're talking about children here. They don't have a plan for what happens in an event like this. They did the best they could. They got away for their safety and flagged down a marked vehicle. I don't think they knew where a hospital was,” Gorman said.

“I wanted to hold her one last time and I couldn't. I had just seen her. After they called at, I think around 12:28 a.m., I had just seen my daughter an hour and a half earlier alive. Then she was gone. It happened so fast,” Zuber said.

She says her days and nights are filled with tears thinking about the daughter who wanted to become a police detective.

That area of back of the yards is rife with gangs. POD cameras are nearby, but they did not capture the shooting nor the suspects.

Evidence from the scene is not enough to put the man they suspect behind bars, and so now, Naome’s mother begs them to do what is right.

“Please say something. Don't stay quiet. Talk. Cause if you don't say anything, it could happen to you one day. You could be on my side one day. It's horrible. Don't be afraid. Please someone say something if they know,” Zuber said.