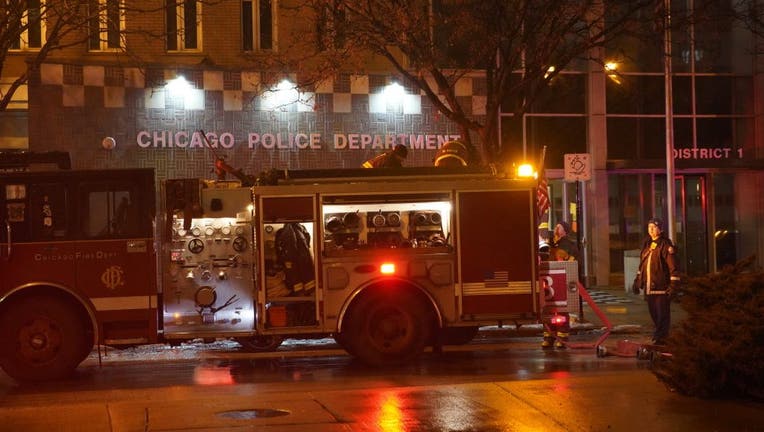 CHICAGO - An explosion in a computer room prompted an evacuation Friday at the Central District Chicago police station in the South Loop.

The “minor explosion” occurred about 3:10 a.m. on the second floor of the station, 1718 S. State St., according to Chicago police.

An “electrical issue” triggered a halon gas fire suppression system in the room, prompting a hazardous materials response, according to the Chicago Fire Department.

The building was evacuated of police personnel until the fire department ventilated the room, police said. Staff returned to the building a short time later.

The cause of the explosion was not immediately known, police said. No injuries were reported.