CHICAGO - We are learning tragic new details about the officer who died in a carbon monoxide leak in Albany Park.

Xu Meng, 36, passed away after leaving his car running. His wife remains in the hospital.

The tragedy happened at the Ainslie Row Condos, where the garages are right underneath the units. On Tuesday, it is believed the officer parked his car and inadvertently left it running while he and his wife slept.

Chicago Police Officer Xu Meng died of carbon monoxide poisoning. In just under two years as a CPD officer, Meng earned an Honorable Mention and received a Crime Reduction Award. His face was known to many, having been used on CPD Academy recruitment posters.

“We had an officer that died. We believe his wife is still alive. We believe it was Carbon Monoxide poisoning. The details are still evolving,” Mayor Lori Lightfoot said.

Meng is believed to have left his vehicle running in their garage after working a long shift on-duty. Fellow officers describe him as an honest, humble, friendly and hard-working police officer.

“All these good things about him, and then this happens,” Graubard said. 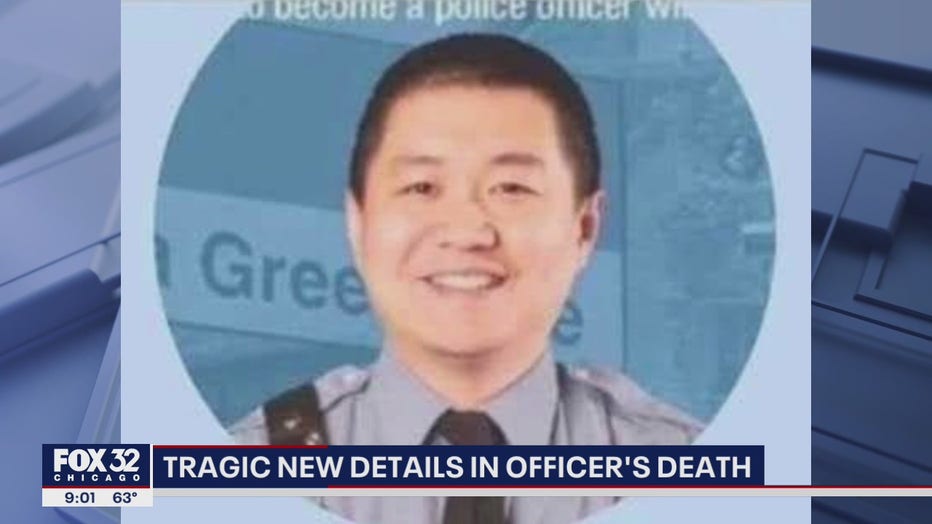 Graubard showed FOX 32 how the garages in their complex sit directly underneath the units. He says a neighbor heard carbon monoxide detectors sounding off as early as 1 p.m. Meng and his wife were not found until 8 at night.

“That's 7 hours there could be something in the unit. So that is what is pretty scary,” Graubard said.

Meng's wife is also hospitalized. The couple has a 5-year-old son.

“I know his wife's still in the hospital which is a good sign. I'm hoping she pulls through for sure, so that the child doesn't have no parents,” Graubard said.

No foul play believed to be involved in this situation, just a tragic accident.

Meng's wife remains in critical condition in the ICU at Swedish Covenant Hospital.