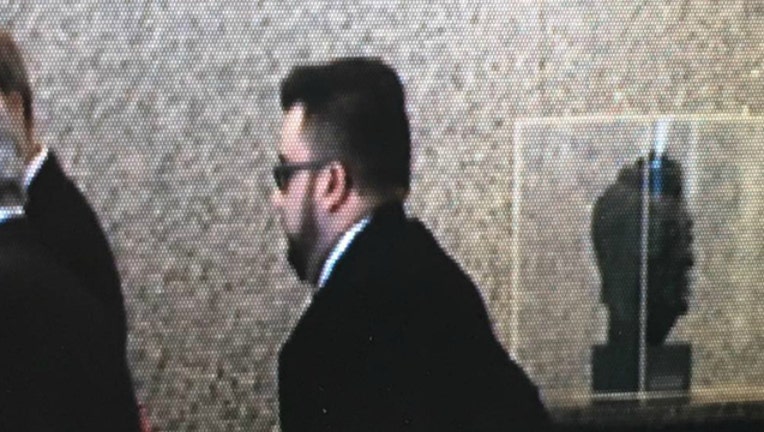 CHICAGO (AP) - A Chicago man was sentenced Tuesday to nine months in prison for hacking the electronic accounts of 30 celebrities and stealing private information, including nude videos and photos.

Edward Majerczyk, 29, also was ordered to pay $5,700 in restitution for counseling services for one undisclosed celebrity victim whose photos were disseminated online.

Majerczyk is accused of orchestrating a phishing scheme that illegally accessed more than 300 email and other online accounts, including those belonging to actress Jennifer Lawrence.

According to his plea deal, Majerczyk sent emails to his victims that appeared to have come from internet service providers seeking usernames and passwords. Majerczyk illegally accessed the accounts of those people who provided that information.

Majerczyk pleaded guilty in federal court in Los Angeles last year to one count of unauthorized access to a protected computer to obtain information. He signed a plea agreement for his case to be transferred to Chicago. He was not charged or accused of selling or posting the material online.

Both sides agreed he should receive a 9-month prison term. The charge carries a maximum penalty of five years in prison.

Majerczyk's attorney Thomas Needham said in a court filing that his client was "suffering from depression and looked to pornography websites and internet chat rooms in an attempt to fill some of the voids and disappointment he was feeling in his life."

Needham said in a sentencing memo that the fallout from the hacking scandal "deeply affected" Majerczyk, who has seen a therapist for anxiety and panic attacks.

Federal agents have said Lawrence broke down and became distraught during a 2014 meeting about nude photos of her that appeared online. Lawrence called the leak a "sex crime" in an interview with Vanity Fair magazine.