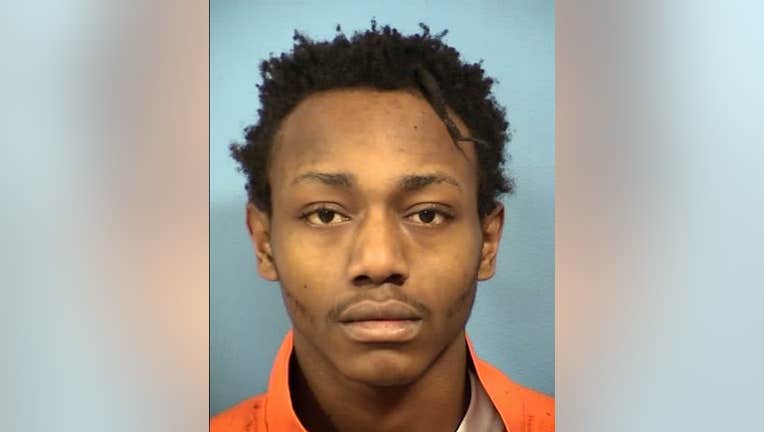 DOWNERS GROVE - A Chicago man has been sentenced to 12 years in the Illinois Department of Corrections for attempting to steal a vehicle from the garage of a Downers Grove residence.

Lamourice Shepherd, 22, entered a plea of guilty to one count of attempted vehicular hijacking Friday morning.

Last summer, two juveniles each entered a plea of guilty for their roles in the incident and received sentences of an indeterminate period of time not to exceed their twenty-first birthday in the Illinois Department of Juvenile Justice.

A fourth man, Carlos Hendricks, 22, was allegedly involved and is currently in custody in the DuPage County Jail awaiting trial, which is scheduled for June 21, the DuPage County State's Attorney's Office said.

According to the investigation, an occupant of the residence was warming up their car when they noticed a vehicle stopped in front of the home with its headlights off.

The two occupants of the vehicle, which was reported stolen out of Chicago, allegedly exited the vehicle and began walking up the driveway of the victim's house toward the car that was warming up.

Authorities say the two residents then allegedly came out of the home and confronted the two men.

The two men then returned to their vehicle and one of the juveniles, who was in the vehicle, allegedly pointed a gun at a female resident of the home and fired one shot in her direction.

The vehicle then fled the scene.

A short time later, a Darien police officer observed the vehicle allegedly involved in the matter and attempted to stop the vehicle at 75th and Cass in Darien, the DuPage County Sheriff's Office said.

The vehicle allegedly refused to stop and the Darien Police officer continued his pursuit.

The vehicle then entered northbound I-55 at which time the Illinois State Police continued pursuit, authorities said.

The vehicle then exited the expressway and crashed at Martin Luther King Drive in Chicago.

The occupants of the vehicle, Shepherd, Hendricks and the two juveniles were taken into custody at this time.