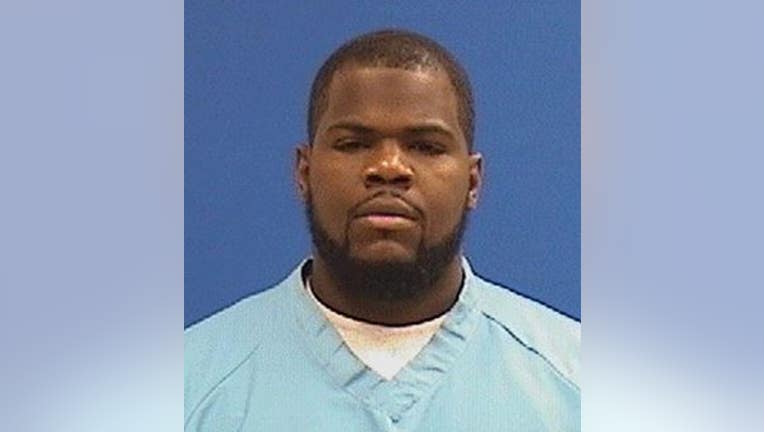 DOLTON, Ill. - A Chicago man who was allegedly part of a crew wanted for stealing several vehicles across central Illinois was taken into custody Friday night in Dolton.

Devante M. Davis, 27, was arrested Friday morning in the 14600 block of Sheppard Avenue, according to the Will County Sheriff's Office.

Davis was wanted by New Lenox police for aggravated vehicular hijacking, armed robbery and aggravated possession of a stolen motor vehicle among several other charges. Davis was also wanted by the Illinois Department of Corrections for a parole violation.

On March 12, Davis and others in his crew were confronted by Illinois State Police and ended up crashing Davis' stolen BMW on I-80 near I-355, officials said.

Six people fled from the BMW and forced a woman and her two children out of their car at gunpoint, police said.

They drove off in her car and crashed it half an hour later in Markham where they escaped, police said.

On Friday morning, law enforcement gathered outside a residence in Dolton, where a stolen car believed to be associated with Davis was in the area.

Inspection of the car showed several purses and car keys inside the passenger compartment, police said.

Members of the Will County Sheriff's Office and the U.S. Marshals Service approached the residence when two people were exiting. As they approached, one of the suspects fled on foot.

Police announced their presence outside the residence several times with no response. When no one answered, investigators breached the front door, officials said.

Davis and six other people inside the residence were taken into custody, police said.

Two loaded guns with rounds chambered were recovered: a Glock 43 pistol and a Mossberg .22 AR platform rifle. Individual packages of crack cocaine were also recovered from the residence.

One of the suspects resisted arrest and moved toward the Glock pistol when officers entered the home, police said.

The six people who were arrested will face weapons, drug and stolen motor vehicle charges. There are also additional charges currently pending in Cook County related to the investigation.

Davis was transported to Cook County Jail in reference to the new charges. He will be taken back to Will County to after his Cook County court proceedings to face additional charges.

The bond amount attached to the Will County complaint warrant is $750,000.