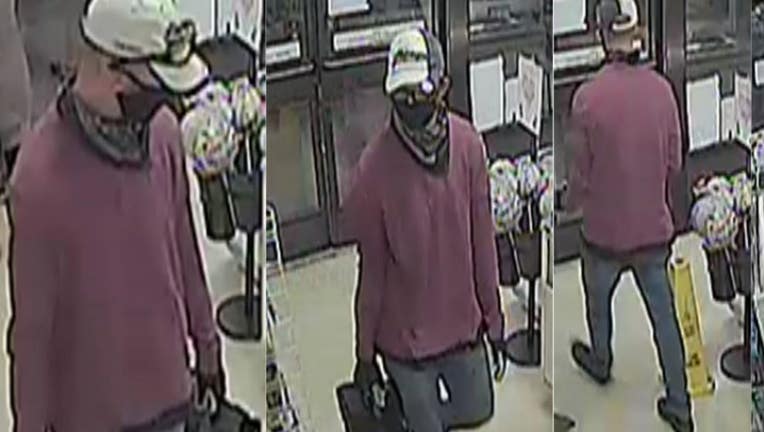 Chicago police are seeking to identify a man wanted in connection with an Aug. 19, 2020, armed robbery in Elmwood Park.

CHICAGO - Chicago police are asking for help identifying a man wanted in connection with an armed robbery Aug. 19 in Elmwood Park on the Northwest Side.

About 9:40 p.m. the man walked into a business in the 2700 block of North Harlem Avenue, pulled out a handgun and demanded money, Chicago police said.

He is described as being a white male, between 5-foot-7 and 5-foot-9, with a slender build and was last seen wearing a multi-colored baseball cap, a black mask, a black bandana around his neck, a burgandy long sleeved shirt and blue jeans, police said.

Anyone with information is asked to contact Area Five detectives at 312-746-7394.