Crew members of the Coast Guard Cutter Bear (WMEC-901) offload 3,086 pounds of cocaine Feb. 4, 2020 in San Juan, Puerto Rico. The drugs were seized following two separate interdictions in the Caribbean Sea by the Coast Guard and the United Kingdom Royal Navy Jan. 24 and Jan. 30, which resulted in the detention of nine smugglers. (U.S. Coast Guard video by Ricardo Castrodad)

PUERTO RICO - U.S. Coast Guard officials, alongside other agencies, announced they seized over 3,000 pounds of cocaine and arrested nine suspected smugglers while in the Caribbean Sea.

The interdictions occurred on Jan. 24 and Jan. 30 with the help of the United Kingdom Royal Navy and other U.S. law enforcement officials. The drug shipments had a value of more than $46.2 million.

In the first interdiction, the U.K. Royal Navy was on patrol with Coast Guard officials, along with the Coast Guard’s helicopter. They spotted “two suspicious go-fast vessels” about 74 nautical miles south of St. Croix, U.S. Virgin Islands. 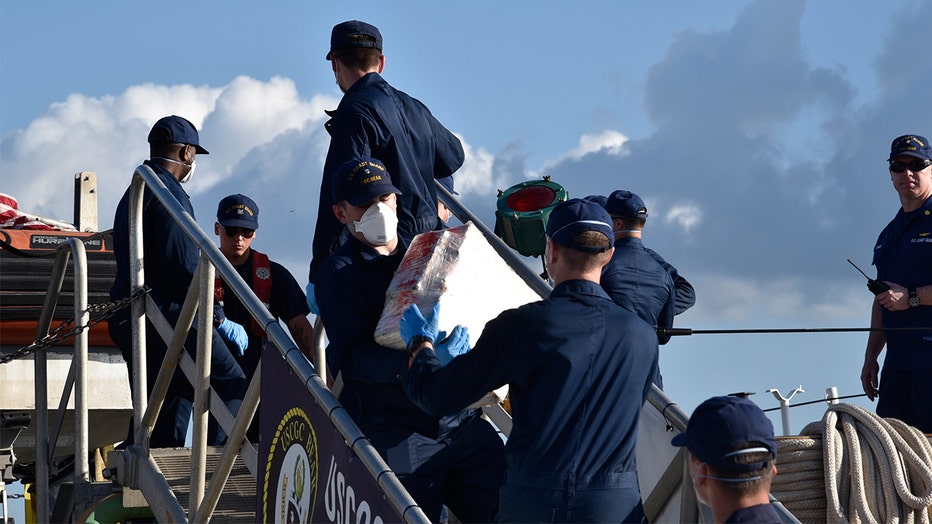 During the second interdiction, a marine patrol aircraft detective a “target of interest” southeast of Isla Beata, Dominican Republic. A cutter boat interdicted the go-fast and detained two men on board. Officials said they discovered 13 bales of suspected contraband.

The seized contraband and suspects were taken to San Juan, Puerto Rico on Tuesday.

The nine individuals who were arrested will face their charges in the U.S. Federal District Court for the District of Puerto Rico.

“These interdictions highlight the importance of working with our international partners as we combat drug trafficking,” said W. Stephen Muldrow, U.S. Attorney for the District of Puerto Rico.  “These large drug seizures make our community safer by keeping the narcotics out of our neighborhoods. We commend all of our partner agencies for their steadfast efforts.” 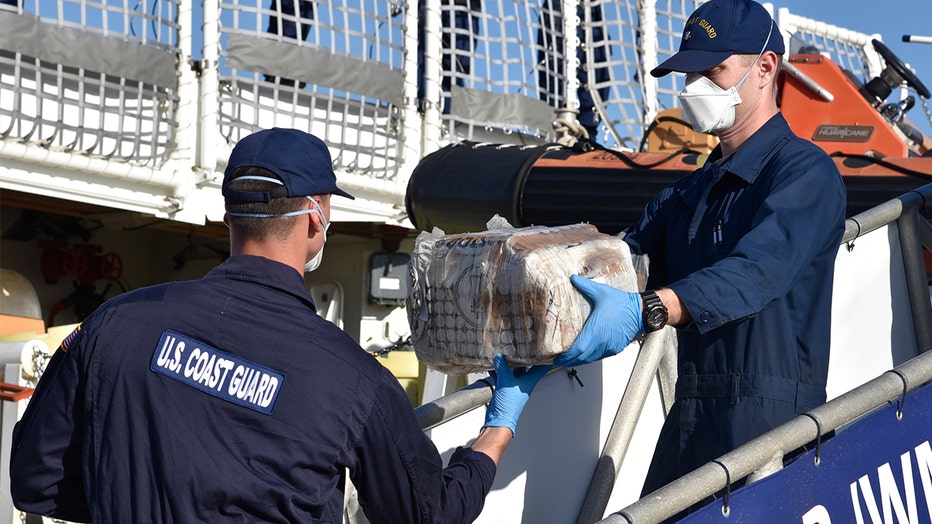