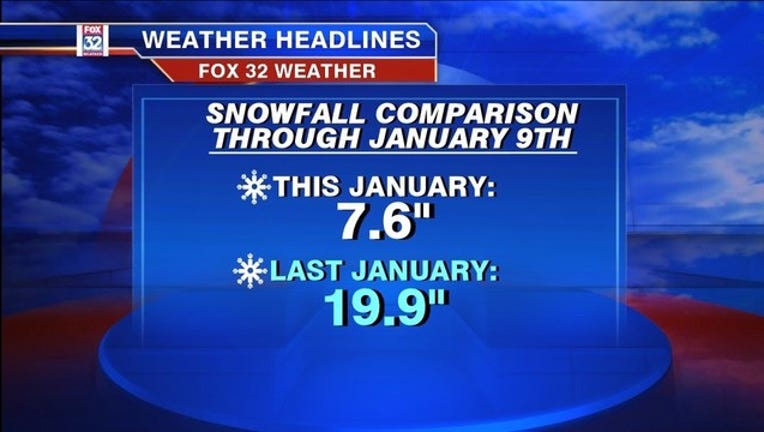 After a mild December around the Chicago area, things changed dramatically entering January of 2015.

December of 2014 saw only a TRACE of snowfall at Chicago's O'Hare. This was only the 3rd time in the history of Chicago that NO measurable snow (0.1 inches or greater) fell in December and 1st time since December of 1912.

The forecast for the next 7 days calls for very little snowfall, except for areas south of I-80 where some measurable snow is possible late Sunday night.

Temperatures on average, from January 13th through the 25th, are expected to be above normal with above normal precipitation.