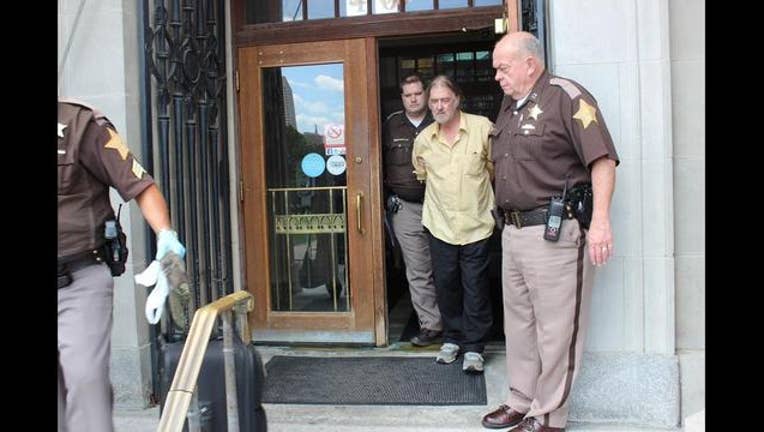 INDIANAPOLIS (AP) - A northern Indiana man once convicted of killing two young siblings has been arrested in Indianapolis.

A Marion County Sheriff's Office spokeswoman says Richard Dobeski was arrested for failing to register as a sex offender. Sheriff's Deputies captured the 67-year-old at the Central Library downtown.

Dobeski was released from prison July 16 after serving more than seven years on 2008 convictions for molesting a 7-year-old boy and possessing child pornography. He was required to register as a sex offender within seven days of his release.

Dobeski originally was released from prison in 2003 after serving less than half of a 40-year sentence for the murders of 6- and 3-year-old siblings in the LaPorte County community of Long Beach.

It wasn't immediately clear whether Dobeski has a lawyer.