MAYWOOD, Ill. - A woman who had to have surgery on her spine after being involved in a traffic crash in west suburban Maywood was awarded more than $21 million Thursday by a Cook County jury.

On March 24, 2017, 33-year-old Kayla Neese was driving westbound on Oak Street near 9th and 10th avenues when she was struck by another vehicle, according to a criminal complaint.

The damage to Neese’s vehicle was so severe that responding crews had to cut Neese out of the car. 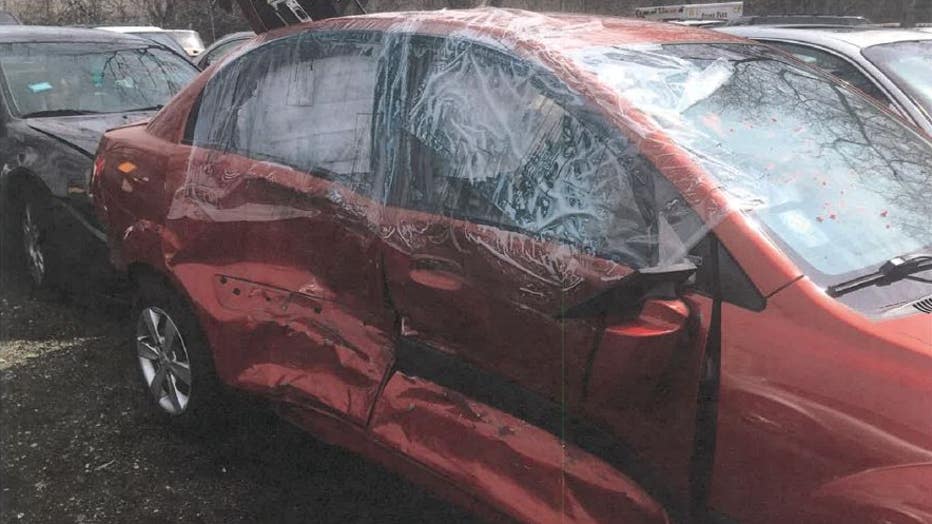 The vehicle Kayla Neese was driving when she was struck | Provided

Neese suffered fractures to her thoracic spine and developed a spinal cord injury that required surgery, her lawyers said.

Doctors say Neese will live the rest of her life with thoracic pain and is unable to lift, pull or push anything weighing more than 40 pounds, according to her lawyers.

"Kayla lost a lot of the independence she worked so hard to achieve because of this crash. Before the crash, Kayla was working two jobs and was solely responsible for her young daughter," attorney Patrick A. Salvi II said in a statement.

"Kayla will unfortunately need substantial medical and psychiatric care for the rest of her life. Her ability to work has been dramatically impacted by her injuries. In short, this crash shattered life as she knew it," attorney Aaron D. Boeder said in a statement.

Before the trial began, the court found the defendant in the case negligent in causing the collision. A damages-only trial began on Tuesday, Nov. 30.