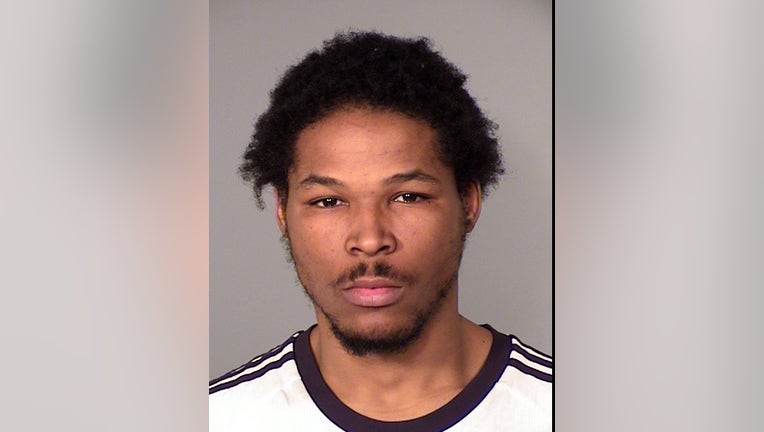 Twenty-three-year-old Terrion Sherman is charged with murder for the domestic attack in St. Paul.

ST. PAUL, Minn. (FOX 9) - New charges detail a disturbing and bloody crime scene in St. Paul where police say a man murdered a woman in front of a young child on Wednesday.

Officers responded in the early morning hours of February 26 for calls reporting a domestic dispute inside an apartment on the 300 block of Pierce Street.

Police are investigating a homicide after a woman died following a domestic call early Wednesday morning in St. Paul.

At the apartment, St. Paul police reported hearing a small child crying and a man yelling: "Stay down or I will kill you."

Police called out to the man and announced their presence, but say no one approached the door. When the child stopped crying, officers say they forced their way into the apartment, fearing the boy had been hurt.

According to the charges, inside they were met with a shocking scene: the suspect, 23-year-old Terrion Sherman of Minneapolis, was covered in blood standing above the body of a woman. The woman was lying face down, also covered with blood, with serious injuries to her face, and didn't appear to be breathing.

Next to her body, police say was a two-year-old boy who also had blood on his face, body, pants, and shoes who officers quickly removed from the scene. Police said the boy was not seriously hurt.

Investigators say Sherman followed police orders and was quickly taken into custody. But, according to the charges, as he was being taken to jail, Sherman broke out the back window of the police squad and said he was on drugs.

Back at the scene, officers say the woman, later identified as 21-year-old Abigail Simpson, was pronounced dead. A knife was found next to her body. An autopsy later determined Simpson died from multiple injuries from a beating and stabbing.

Speaking with police, Sherman said he had been at Simpson's apartment with her and his nephew when he said his nephew "became possessed as a dog." Sherman also claimed Simpson told him she was really a man.

According to the charges, Sherman said the two argued and Simpson grabbed a knife and came at him. In response, Sherman punched her in the head about eight times against a cast iron radiator. He then claimed he blacked out and didn't remember stabbing her.

When police asked if he was using medications, police say Sherman told them he had been prescribed drugs, but said he "does not need them because he is not crazy." Sherman also denied using other drugs, the charges state, despite the earlier admission.

He is now being held in Ramsey County Jail on a charge of second-degree murder.