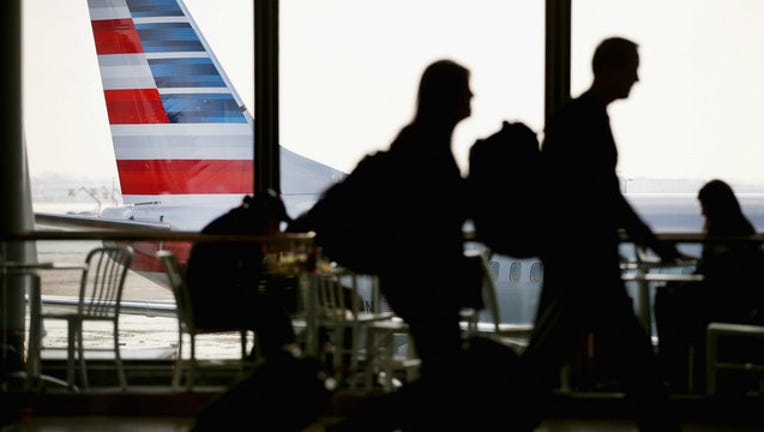 An American Airlines jet sits at a gate at O'Hare Airport in Chicago. (Scott Olson/Getty Images)

CHICAGO (AP) - An American Airlines flight from Chicago to Tokyo was forced to return to O'Hare International Airport due to a cracked windshield.

An airline spokeswoman says the Boeing 787-8 aircraft was carrying 164 passengers and 13 crew members at the time of the Monday incident. The airliner made an emergency landing minutes after taking off.

The spokeswoman notes the multiple-layered windshield remained in place despite the crack. She said maintenance workers will evaluate the aircraft and the airline will work to get the customers to their destination "as quickly and safely as we can."

No injuries resulted from the incident.