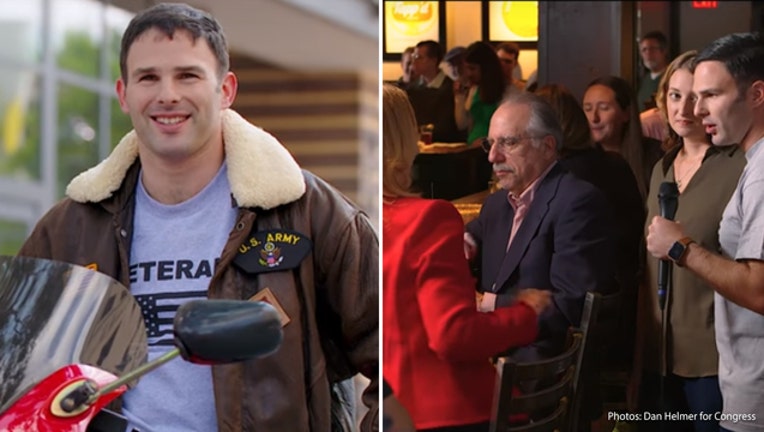 Dan Helmer's 'Top Gun' inspired political ad is turning heads as it shot to No. 4 on YouTube's trending list.

Dan Helmer, who is looking to unseat incumbent Republican Congresswoman Barbara Comstock, posted the video on Monday and it has since skyrocketed to No. 4 on YouTube’s trending list.

The ad shows an actress portraying Comstock sitting at a bar having a drink when Helmer, a U.S. Army veteran from Fairfax, Virginia, unleashes a spin on the “Top Gun” classic “You’ve Lost That Loving Feeling.”

“You’ve lost that Centrist feeling, ‘cause you’ve been Right-Wing appealing,” Helmer sings in part as a crowd joins him.

Helmer wraps the performance by sporting a Maverick-esque bomber jacket while sitting on a red motorcycle and stating, “I’m Dan Helmer. I approve of town halls, bad singing and this message.”

The video has been viewed more than 140,000 times as of Tuesday morning.

You can watch the video below (app users, click here)