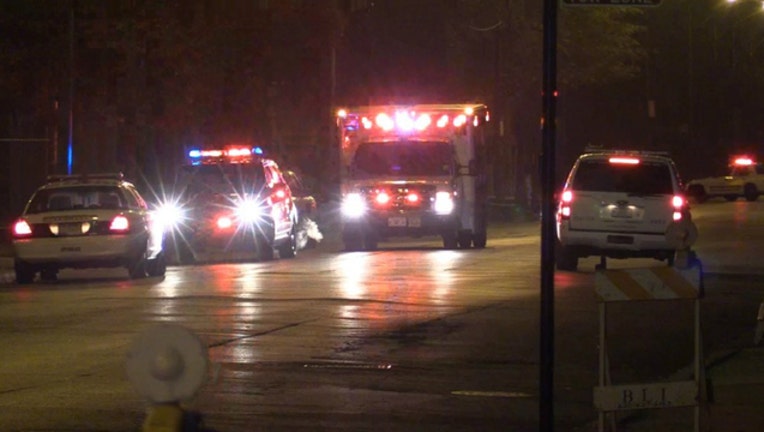 A detainee was hospitalized after a fire early Wednesday at the Cook County Jail. | Network Video Productions

SUN-TIMES MEDIA WIRE - Two detainees were hospitalized after a fight broke out in a cell and one of them started a fire early Wednesday at the Cook County Jail, authorities said.

The blaze started shortly after midnight when a detainee threw pieces of paper and torn bedsheets out of his cell and set them on fire at the maximum-security Division 9 of the jail at 2834 W. 31st St., according to the Chicago Fire Department and Cook County sheriff’s office.

Correctional officers used a handheld extinguisher to put the fire out.

Two men in the cell, ages 21 and 30, had gotten into a fight, sheriff’s police said. The younger man, who is being held on a murder charge, suffered facial injuries, and the older was stabbed with a pen, authorities said. They were taken to hospitals but their injuries were not considered life-threatening.

One of the detainees had a lighter, according to the sheriff’s office, which released video of the incident Wednesday afternoon.