OAKLAND, Calif. - A disabled US Navy veteran was reunited with his stolen service dog after a KTVU viewer recognized the 3-year-old Chihuahua as one her friend had recently found.

With his Chihuahua, Bella, in a carrier in the backseat, Mark Lipton had gotten out of his car last Sunday to open a gate outside his home. That's when someone jumped into his car and took off. 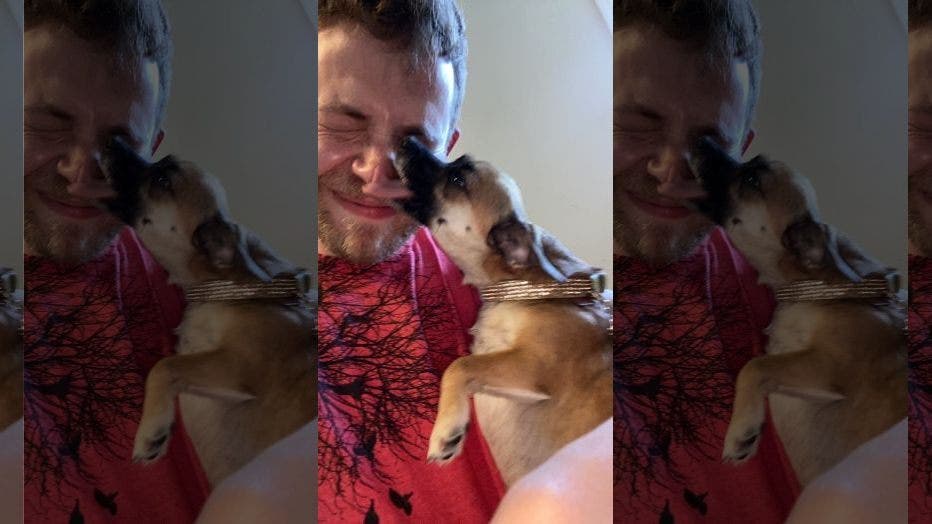 Despite Lipton's best efforts to chase the thief, he got away with Lipton's car and dog. It's unclear whether the car thief realized Bella was in the back.

Lipton lives with PTSD, and relies on Bella, a rescue dog he got in San Jose. "She's able to read my body language, I'm able to read her body language. We have a connection that's indescribable," Lipton told KTVU's Henry Lee.

"She just keeps me f—level, every single aspect," he said. "I mean, good day, bad day, doesn't matter. Everything in between," Lipton said.

On Saturday, a viewer who recognized Bella from Henry Lee's report reached out to KTVU because she believed her friend recently found the stolen dog.

A friend of Lipton's positively identified the dog that the woman had as Bella, and arrangements were made for an immeidate reunion. At the reunion, Lipton was overcome with emotion.