WARNING: THIS VIDEO MAY BE DISTURBING TO SOME VIEWERS. WATCH AT YOUR OWN DISCRETION.

Video released by Naperville police Tuesday shows an officer fatally shoot a hatchet-wielding man who was charging him.

NAPERVILLE, Ill. – Naperville police released videos of an officer shooting and killing a man who was charging him with a hatchet while he conducted a traffic stop earlier this month in the western suburb.

Police said the officer was conducting a traffic stop around 11 a.m. on June 3 near the intersection of Bond Street and McDowell Road when another vehicle pulled up and a man armed with a hatchet got out and charged the officer.

The officer, who is a 22-year veteran with the department, fired six shots, striking 28-year-old Edward C. Samaan, police said. 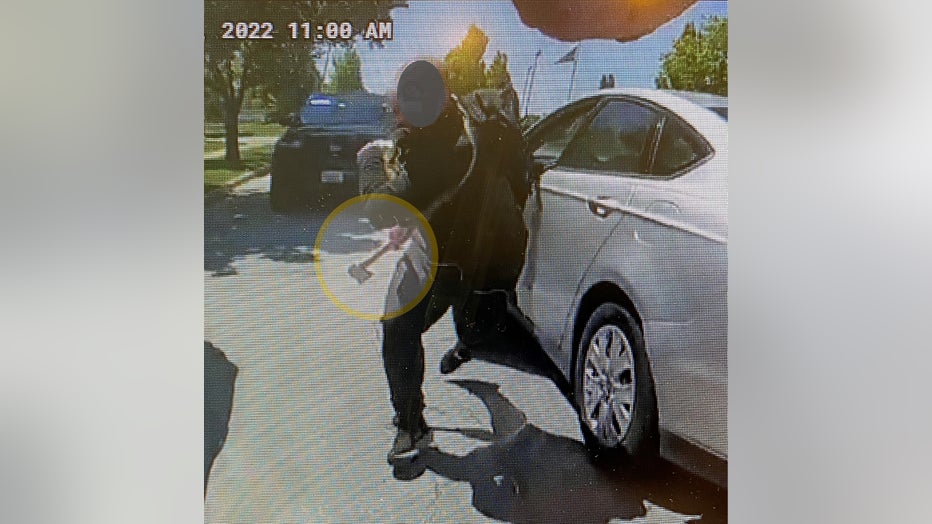 Samaan, of Naperville, was taken to a local hospital where he was pronounced dead, according to the DuPage County coroner’s office.

The officer was not injured in the incident.

The shooting was captured on the officer's bodycam as well as the dashcam of his vehicle. Naperville police posted an overview of the shooting and video excerpts to the department's YouTube page.

A Naperville police officer fatally shot a man armed with a hatchet Friday morning in the western suburb.