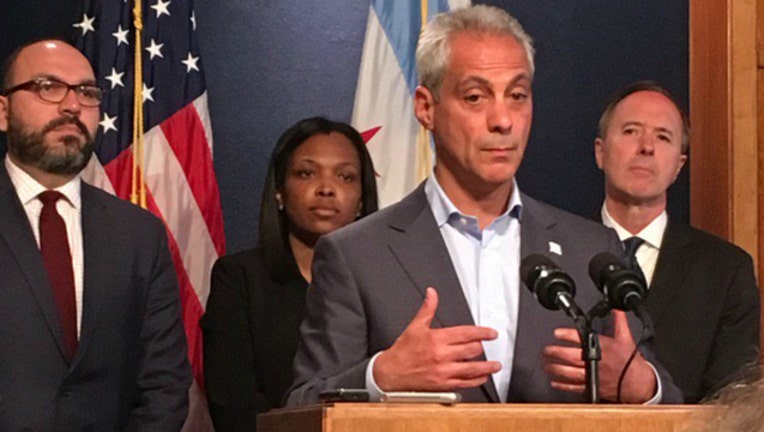 CHICAGO (AP) - Chicago Mayor Rahm Emanuel says the partial budget passed by the Illinois Legislature will relieve financial pressures on the city's public schools and will allow them to open in the fall.

Emanuel said Thursday Chicago schools "have a brighter future today" because of passage of the six-month budget plan. It gives schools just over $11 billion in state and federal dollars and higher education institutions $1 billion. It allows the board to implement a property tax hike officials to help pay pension obligations.

Chicago officials still have to reach a contract agreement with teachers. The Chicago Teachers Union has threatened a walkout if the practice of picking up the bulk of pension contributions ends.