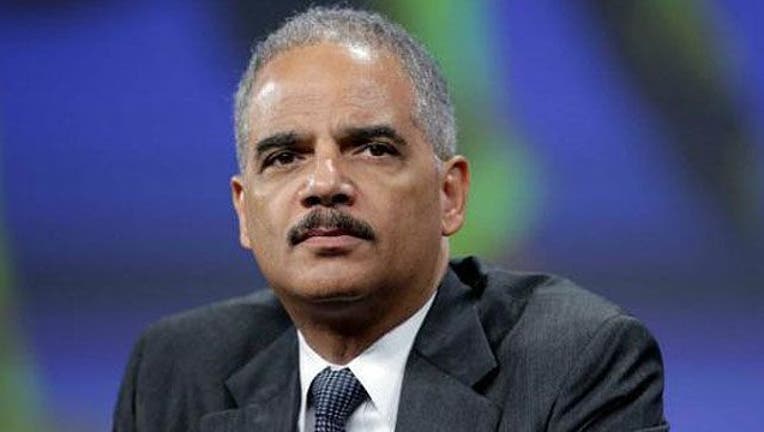 TRENTON, N.J. (AP) - Former U.S. Attorney General Eric Holder has written to lawmakers on behalf of Uber to argue against the use of fingerprint-based background checks as they consider how to regulate ride-hailing service drivers.

A letter from Holder making the case that fingerprint checks are an unfair way to screen job candidates and potentially discriminatory was sent this month to lawmakers in New Jersey and Chicago.

Holder's firm advises the company on safety matters and Uber asked him to write the letter, according to company spokesman Craig Ewer. Uber and Lyft, both based in San Francisco, pulled out of Austin, Texas, last month after voters decided against overturning city requirements requiring the checks.

New Jersey lawmakers are debating two different bills to regulate the industry. A state Assembly measure includes the fingerprint requirement, while a state Senate version would require checks without fingerprinting.

Chicago's proposal would require ride-sharing drivers to get a chauffeur's license, and undergo a criminal background check and fingerprinting. Democratic Alderman Anthony Beale, who proposed the measure, said he hopes the full Council will vote on it this month.

He wrote that the purpose of the FBI database is to aid law enforcement during investigations and investigators are expected to follow up on information to determine whether it is complete.

"It was not designed to be used to determine whether or not someone is eligible for a work opportunity. Relying on it for that purpose is both unwise and unfair," he said in a letter sent to Democratic New Jersey Sen. Paul Sarlo, chairman of the committee weighing the measure. The rest of the Legislature was copied in on the message.

Sarlo said Holder's letter "definitely has some influence and I think the committee is weighing that letter."

Sarlo said regulation of the industry is needed and must include background checks, but lawmakers are still debating whether to include fingerprinting.

The Limousine Association of New Jersey has come out strongly in favor of the fingerprint background checks, arguing in a statement this week that they are "a must to adequately protect the riding public."

Ana Mahony, general manager of Uber Technologies in New Jersey, told lawmakers at a Monday committee hearing on the Senate measure that fingerprint-based background checks are flawed and incomplete.

State Sen. Anthony Bucco, a Republican from Morris County, told Mahony he couldn't support the regulation without the fingerprint check. He said he "can't understand your objections to fingerprinting" and noted that even Little League coaches are fingerprinted in New Jersey.

Sarlo delayed a vote on the Senate bill until he could speak with sponsors of the Assembly measure. He said he's hopeful to have a measure passed this month.