SPRING VALLEY, N.Y. - When firefighter Jared Lloyd was killed in the line of duty on March 23, his comrades organized a fire truck birthday parade for his 6-year-old son, Logan, the day after his father’s tragic death.

"No one had to answer that call, but people answered it and they stepped up," firefighter Matthew Boney, who helped spearhead the effort, told FOX Television Stations Tuesday. "They made that happen for a little kid."

A video showed multiple fire departments from neighboring counties and states taking part in the parade that lasted close to 40 minutes, according to Boney.

Boney said Logan watched the parade from his family’s home. He said the parade wasn’t a tribute to Lloyd because Logan had not known about his father’s death at the time. Instead, the firefighters kept an upbeat mood to celebrate the son’s birthday. Boney said the family had already planned a birthday parade, but he later suggested to his colleagues to include the fire trucks.

Lloyd, a 35-year-old volunteer firefighter, died while trying to rescue residents of an assisted living home in suburban New York that was engulfed in flames. 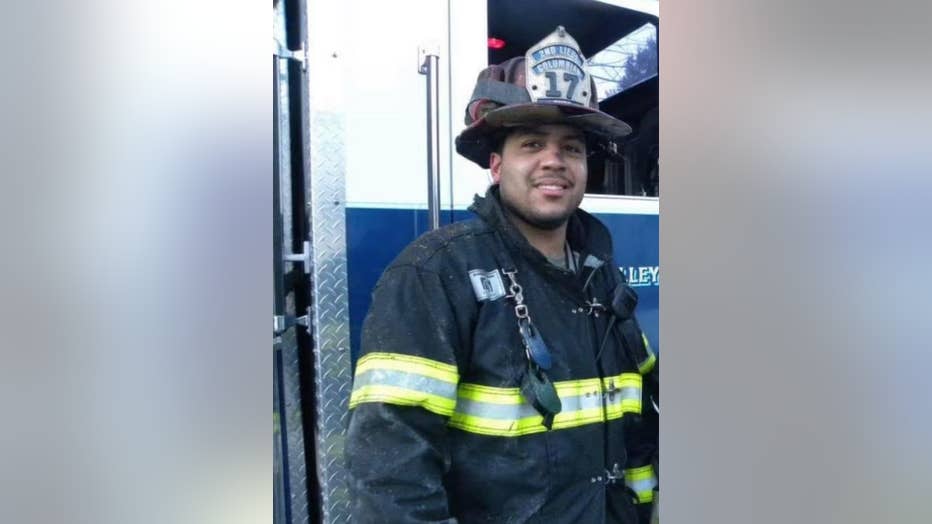 He was last heard from when he issued a mayday call early that morning from Evergreen Court Home for Adults in the Rockland County community of Spring Valley, a suburb of New York City. He did not make it out of the building as it collapsed. The fire also killed a male resident, who was not identified.

Thirteen residents were taken to hospitals, and one was in critical condition, according to Rockland County Fire and Emergency Services director Chris Kear. Two other firefighters were injured. One was released from the hospital and the other was kept overnight due to high carbon monoxide levels.

"Jared Lloyd gave his life in service to others. He searched as the building burned determined to rescue anyone who may have been trapped," Rockland County Executive Ed Day said at a later news conference. "His loss is devastating. There is no other way to put it. But I will tell you this: his loss and his heroism will never be forgotten."

Lloyd was among more than 100 volunteer firefighters from departments around the region who responded to the fire and worked to shepherd the residents to safety, officials said.

Lloyd’s father told the Journal News that the firefighter also leaves behind another son: 5-year-old Darius.

The cause of the fire is still being investigated. A GoFundMe page has been set up to help the family.