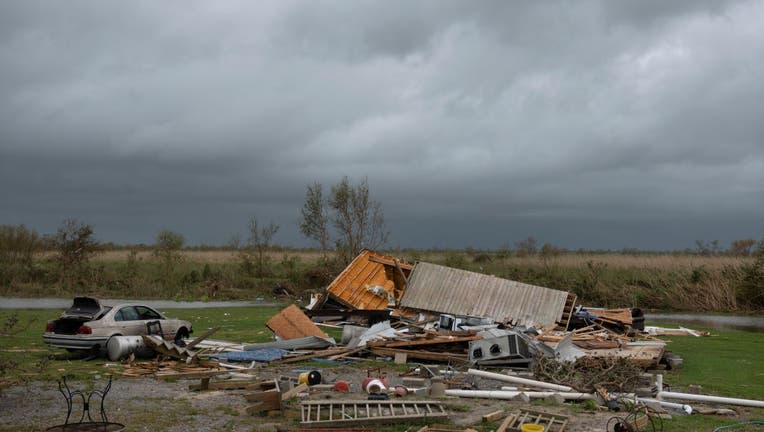 CAMERON PARISH, LA - AUGUST 28: Storm clouds gather over a home that was destroyed after Hurricane Laura made landfall along the Texas-Louisiana border in Cameron Parish, Louisiana on August 28, 2020. (Photo by Callaghan OHare for The Washington Post

Hurricane Laura has caused the deaths of more than a dozen people, including a family of five that died from carbon monoxide poisoning in Louisiana.

“There were five people in a house that had a generator attached to the garage. The door was open, or at least partially open, and they’re not with us anymore,” Caldwell said during a Friday press briefing. “Keep it away from your home. Don’t put it anywhere near a covered awning, a porch, a garage, chain it to a tree if there’s one left out in the yard. But don’t let a generator cost you your life.”

“People are running generators indoors or in very poorly ventilated areas and that is just an ultra hazardous thing to do, so I’m encouraging everybody, until the lights come back on, please don’t do that,” Edwards said Friday.

There are currently hundreds of thousands without water and power following Laura's landfall as a Category 4 hurricane early Thursday morning Near Lake Charles, La., and it could be weeks before those services return.

“Yesterday and today, many people came home to find they had nothing left of their homes, nothing,” Hunter wrote Friday night on Facebook. “Lake Charles is a difficult place to live right now. No electricity and very low water pressure continue to exist.”

Edwards called Laura, with winds up to 150 mph, the most powerful hurricane to ever hit Louisiana. Hurricane Katrina was a category 3 when it struck Louisiana in 2005.