The family of a man killed by police wants the trooper who fatally shot him charged.

CHICAGO - The family of Darren Green Jr. is demanding that an Illinois state trooper be charged with his fatal shooting last year in south suburban Harvey.

Attorneys for the family say Green was intentionally and unlawfully shot in the back of the head by Trooper Christopher Ehlers. They say Ehlers has a history of using excessive force against Black drivers.

The family of Darren Green, Jr. called for the arrest of the Illinois State trooper who shot and killed him.

"Unaccountable law enforcement must end. Transparency must happen now. It does not take seven months for you to determine how he died, why he died, and whether or not this is a murder," said Andre Grant, the family's attorney.

Police say Green was a passenger in a car stopped for not having its lights on. They claim Green struggled with an officer over a gun spotted in the car. 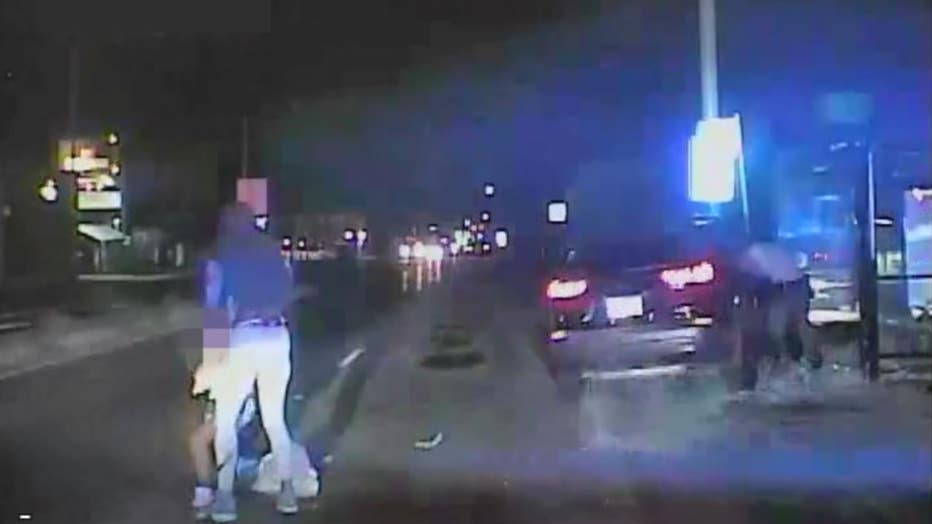 Illinois State Police released dashcam video of a traffic stop Oct. 7, 2020, in the 14700 block of South Halsted Street in Harvey, during which a man was fatally shot while allegedly struggling with state troopers over a gun. | Illinois State Police

Dashcam video of the incident shows a trooper starting to struggle with Green inside the car after the driver got out. A woman can be seen getting out of the back seat with a child just as the car starts to move forward, dragging the two troopers. The vehicle crashes into a bus stop and comes to a rest.

Troopers can be heard calling in reports of shots fired after the crash. One trooper can be heard repeatedly saying, "Stay with me," after realizing Green was shot.

State police said Green was shot when his gun went off during the struggle. He was taken to a hospital and pronounced dead.

An autopsy found he died of a gunshot wound to the head and ruled his death a homicide, the Cook County medical examiner’s office said.